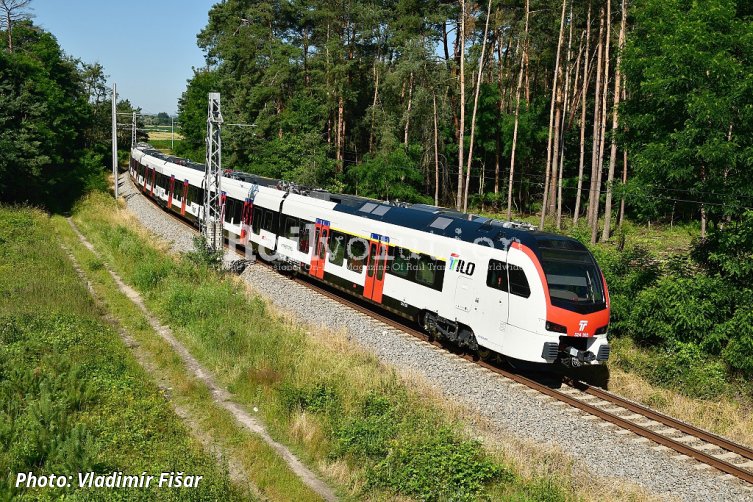 In late June 2020, a six-car RABe 524 303 EMU for TILO arrived at the VUZ Velim test centre. It undergoes there tests required for homologation in Italy as well as various tests when operating off a 3 kV DC voltage, such as optimization of the propulsion system and measurement of the influence on the axle counters. This is one of five FLIRT EMUs which SBB ordered in December 2016 for operation by TILO. Other four units were already handed over to SBB and are used now for personnel training.

These FLIRTs are ordered to cover the increased TILO services, which will come with the December 2020 timetable change, when Monte Ceneri base tunnel is due to open for regular service.

TILO is a joint venture between SBB and Trenord (with equal shares), the latter being a joint venture between Trenitalia and FNM (also with equal shares). FNM will contribute to the increased capacity demand with nine FLIRT EMUs of the same type, ordered on 30 November 2018, when actually a contract for five units with an option for four more were signed at the same time. The first five trainsets should be delivered by November 2020, the remaining four will follow from July 2021.

As authorisation of these units for operation in Italy is anticipated to be granted at a later time, it is envisaged to operate them only on the Swiss side of the TILO services in the 2021 timetable.