Vectron (Again) On Test In Austria 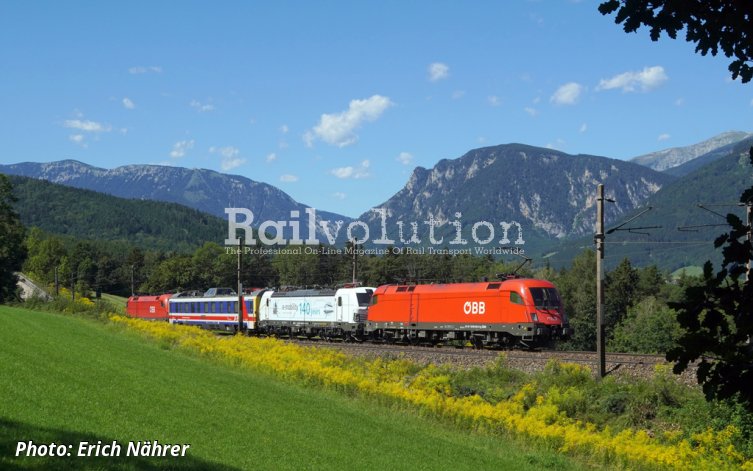 In the second half of August 2020, a new test programe with a Vectron took place in Austria. This time it was 193 780, which with the ÖBB electrotechnical measuring car 99 81 9163 504-9 (from Innsbruck) between the Taurus locomotives 1016 004 and 009 underwent an extensive measuring program in the curves with speeds of up to 230 km/h. After initial test runs in the Tyrol area, the test train was moved to Wien-Matzleinsdorf, from where it was also tested between 24 and 26 August between Payerbach-Reichenau and Semmering in the sinuous section of the Semmering north ramp.