Voltage Switching Tests With A Railjet (And Vectrons) 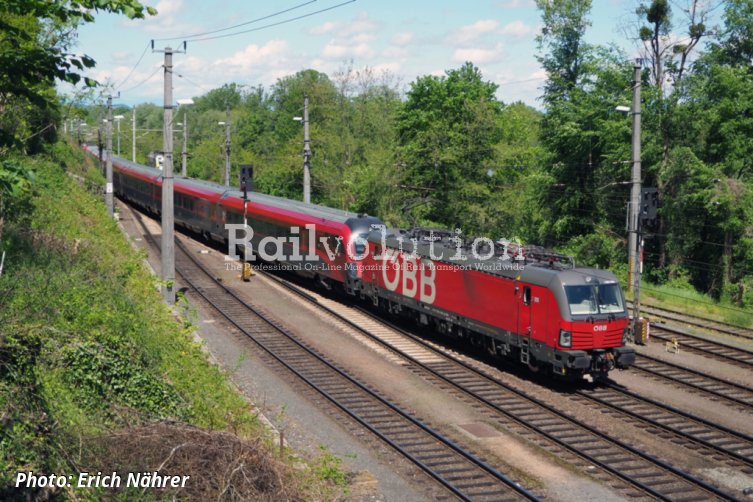 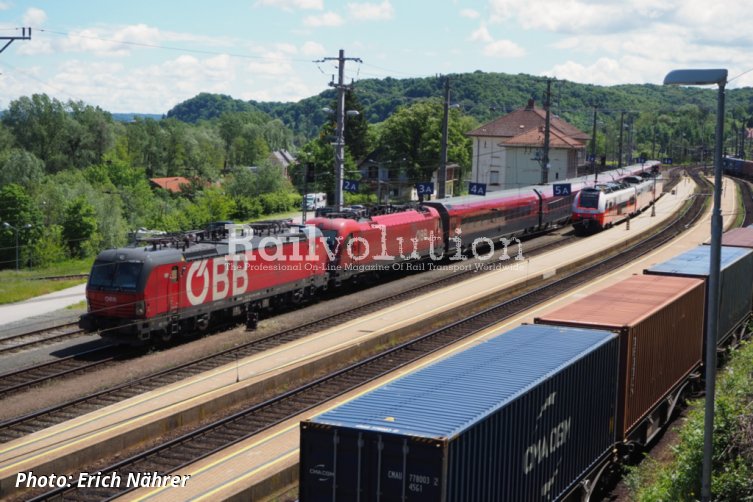 After this train had passed from Graz to Spielfeld-Strass during the following morning, tests were carried out in the latter station, consisting of repeated runs through the 15/3 kV contact point (near the station building) by the railjet with different combinations of locomotives. The tests were possible by the fact that they took place on a Sunday, when there is little traffic. After their completion, the entire train returned to Wien.

The line from the Spielfeld-Strass station continues towards the Slovenian border station Šentilj, which is about 4.5 km away (the national border is about halfway along this section), and then to Maribor. The catenary in the Spielfeld-Strass station is designed according to Austrian standards. It is the only station in Austria with a 3 kV DC overhead line (Brennero/Brenner, Tarvisio Boscoverde and Jesenice are all abroad).

In addition, it is even possible to switch the overhead line voltage from 15 kV 16.7 Hz to 3 kV DC in different parts of the station, although this is rarely used, e. g. when reducing train delays, where locomotives may run into „foreign“ voltage sections.