Zefiros For Västtrafik Being Built 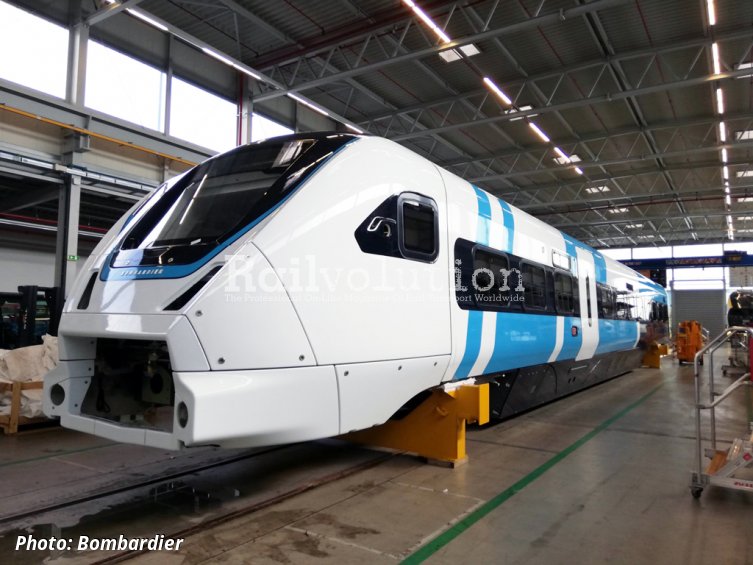 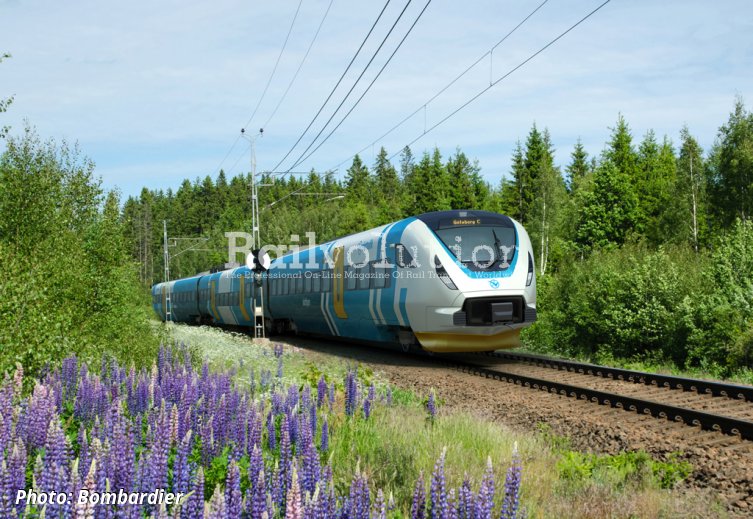 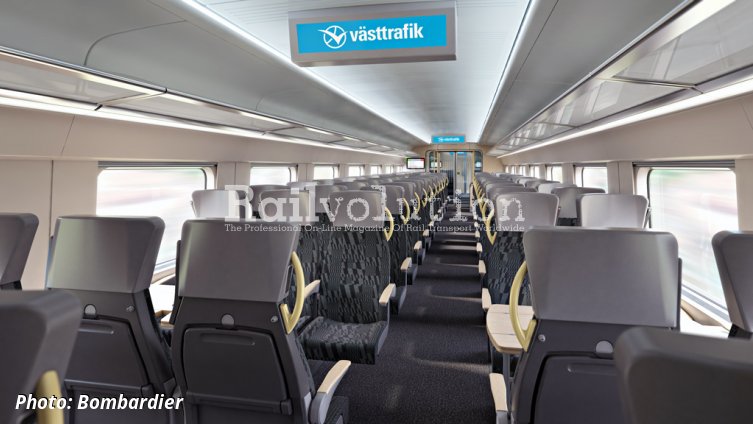 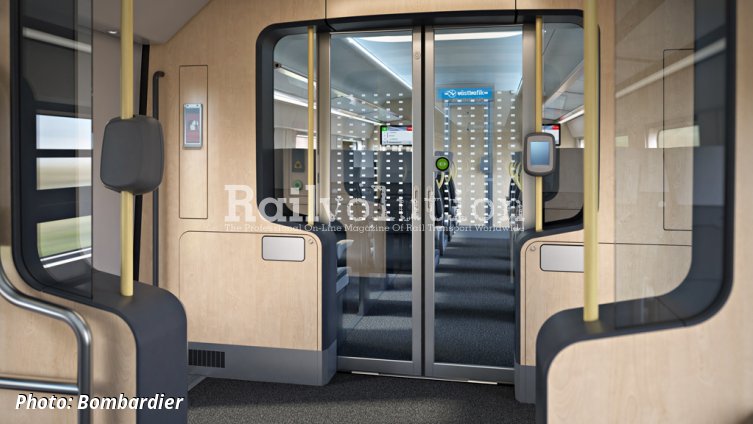 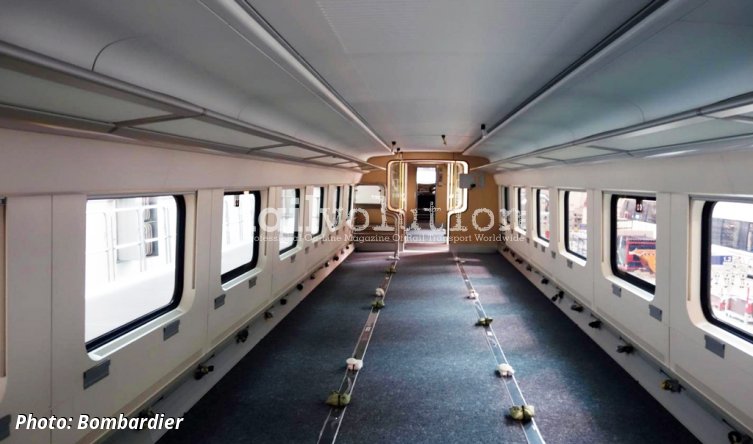 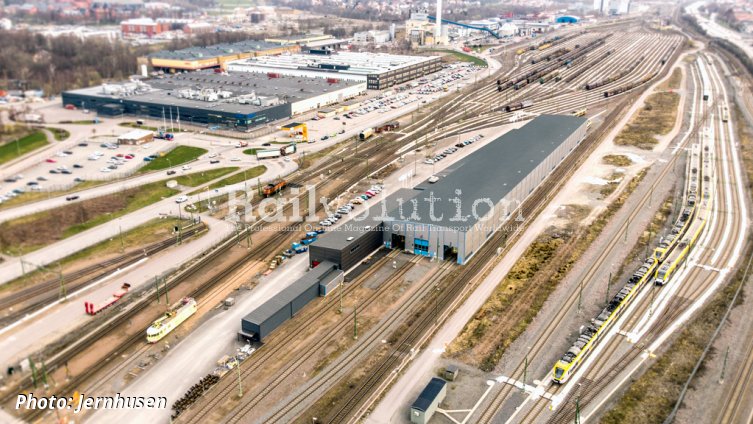 On 6 April 2018 Bombardier Transportation announced that it had been awarded a contract worth about 3.8 billion SEK (368 million EUR) by Swedish local operator Västtrafik for 40 200 km/h three-car EMUs, with an option for 60 more trains. Then on 24 November 2018 five more trains were ordered.

Initially it was announced that the design of these 270-seat EMUs will be based on Bombardier’s Regina family. However, finally the new trains were designated ZEFIRO Express X80 by the manufacturer, and snabbtåg (fast trains) by Västtrafik. They will be 80.7 m long, 3,450 mm wide, and will be designed to withstand severe winter weather, with temperatures as low as -40 ºC. Further detailed technical data are still not available.

Although the accommodation will be all second class, around 20 % of the seats will be in dedicated quiet saloons. Should there be a request for provision of first class accommodation, the design can be accordingly modified. Other on-board facilities will include WiFi reception, at-seat power sockets and USB portals, wheelchair-accessible WC cubicle and multi-purpose areas. The interiors will be fully pressurised and air conditioned.

The project is led by Bombardier Hennigsdorf, but construction takes place in the two works. The bodyshells are being manufactured and partly also fitted out at BST Qingdao works. BST stands for Bombardier Sifang (Qingdao) Transportation and it is a CRRC Sifang/Bombardier joint venture established in November 1998. The final assembly follows at the Bombardier Hennigsdorf works, where the first three bodyshells arrived from China in early September. This is a very strange attitude from a company that is merging with Alstom to better withstand Chinese competition, but at the same time imports bodyshells from China in a very advanced state of fitting out for the European projects...

As BST stated in its press release: „In early morning of 25 July 2020, the first batch of cars for 200 km/h EMUs produced by BST was loaded and shipped to Germany at Qianwan wharf of Qingdao port. This is one of the few European orders that China's EMU manufacturing industry has received so far, and it is one of the first batch of EMUs exported to Sweden, a developed country in northern Europe. The order of EMUs exported to Sweden is jointly signed by BST and Bombardier, with a total of 45 trains, which is the first oversea EMU project of BST. ... The delivery of the first batch of cars marks that BST's design and manufacturing level is fully recognized by the European high-end market, and it marks the success of BST in overseas markets.“

In the first phase, five pre-series ZEFIRO Express EMUs will be produced for testing and authorisation. The first units are expected to be delivered in the second half of 2021. The remainder of the batch should follow by 2024.

There is a steadily increasing demand for local rail travel in Västra Götaland Län (county), which is situated on the west coast of southern Sweden. Since Västtrafik was formed in 1999 train patronage has more than doubled (a pre-covid situation). Västtrafik is now faced with a continuous challenge to meet local travel demand, which is expected to amount up to 135,000 passenger journeys each day.

Maintenance does not form part of the basic contract, and was put out to tender separately. It will be performed by Alstom and Bombardier, the working range including repairs, service and component replacement. In February 2020, Västtrafik and Jernhusen (which owns and manages stations and other buildings attached to the railway network in Sweden) agreed to enhance capacity of the Sävenäs depot in the northeast of Göteborg, because it will be of great importance for Västra Götaland with its 45 new trains, as the need for maintenance and service will increase.

The current workshop space of almost 4,000 m2 will be doubled. The number of work spaces for trains will increase from two to six - there will be three tracks instead of two, each of a double length than at present. About 50 employees will have their workplace at the depot, which is why the office space will also be doubled. After the summer of 2022 construction is expected to be completed.