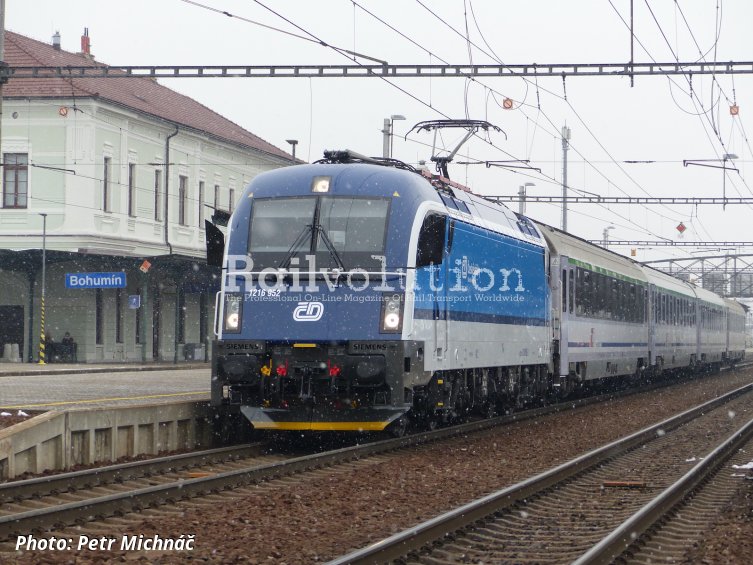 On 9 December 2021, the first of the four Tauruses purchased by ČD from WLC was put into passenger service. It was 1216 952, which first made a successful test run on the Bohumín - Studénka line on the afternoon of 7 December, and two days later made its first passenger service to Wien hauling EC 103 "Polonia".

Unplanned, however, it only reached Břeclav, as it was not allowed to go to Austria for administrative reasons, so it eventually returned from Břeclav on EC 102 "Polonia".