WINK To Be Tested In A Battery Mode 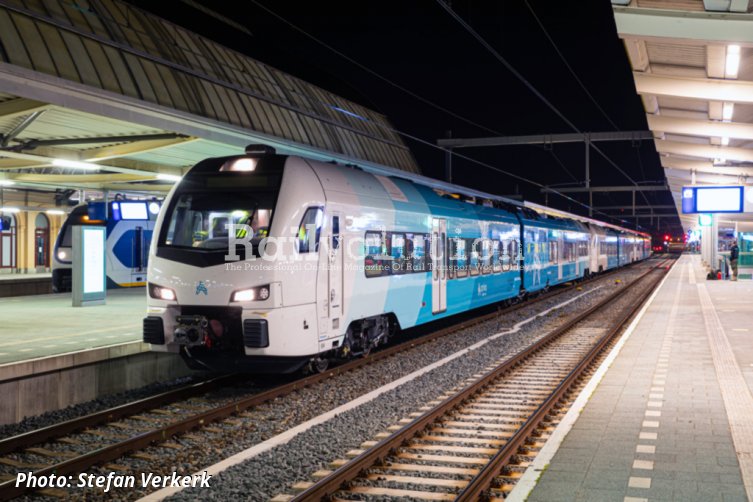 In late August 2021, ProRail, Arriva Nederland and the provinces of Overijssel, Gelderland and Fryslân announced that they are working together to test and to introduce operating the WINKs in a battery mode. Such a test has never been done before in the Netherlands. At the moment no battery trains are allowed and available in the Netherlands.

On the four non-electrified lines (Almelo - Hardenberg, Zevenaar - Doetinchem, Leeuwarden - Harlingen and Leeuwarden - Stavoren) Arriva NL will operate one WINK to be adapted by Stadler to run partly using only its traction batteries. This testing is planned to start in December 2021. During the test runs, measurements will be made mainly aimed at measuring the rate at which the battery discharges and recharges at different train speeds. Tests will also take place to see how the switch from overhead lines to battery or diesel engine and vice versa works.

The results will be used in the development of traction batteries for a battery train. At present the WINKs operated by Arriva NL are ready for an installation of the powerfull traction batteries - see here. In addition, the ProRail market consultation on emission-free train transport will be enriched with the results of the practical tests and a first step will be taken towards adding battery trains to the ProRail catalog of Zero Emission train transport. Arriva NL stated that the results will be used to collect information that can be useful for the development of a scenario to achieve a Zero Emission track in the east of the Netherlands