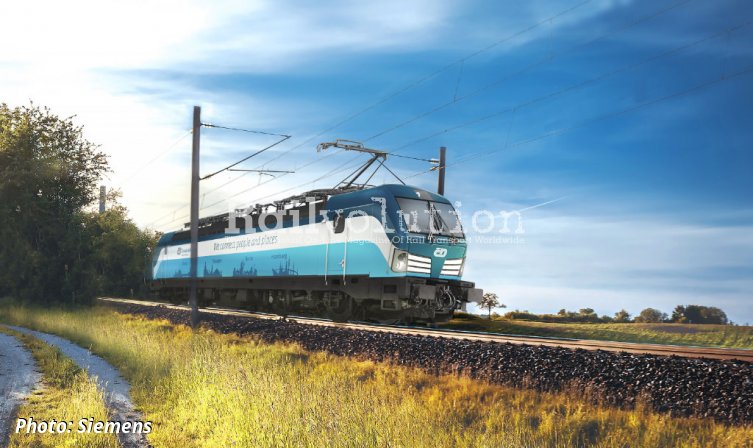 On 31 March 2022, ČD signed a contract with Siemens Mobility Česká republika (Czech Republic) for the purchase of 50 Vectron MS locomotives with a maximum operating speed of 230 km/h. The contract includes full service for 15 years, its value was not specified.

The locomotives with a rated power of 6,400 kW and with the ETCS OBU will be designed for hauling expresses on national and international lines where sections with a speed of 200 km/h or more are in operation or are being prepared, like Praha - Berlin - Hamburg, Praha - Wien - Graz or Praha - Budapest.

Michal Kraus, Vice-Chairman of the Board of Directors of ČD and Deputy Director General for Maintenance, says: „We have very good experience with Vectrons. We are currently operating 18 machines and others are being used by our ČD Cargo subsidiary. We are confident that we will build on these equally favourable references with the next generation of Vectrons with a maximum speed of 230 km/h. We will use them together with 20 ComfortJets (ČD's trade name for the new Viaggio Comfort non-powered units) and they can also run with Czech railjets.“

This is the very first contract for 230 km/h Vectrons, until now, versions for a maximum of 200 km/h have been available. The locomotives will be built at the München-Allach works and their deliveries will begin in December 2025, by which time homologation for the increased speed should have been achieved. The machines will be equipped for operation in the Czech Republic, Germany, Austria, Poland, Slovakia and Hungary and, if necessary, packages can be retrofitted for operation in other European countries.

Siemens Mobility has already sold 1,327 Vectrons to a total of 61 customers. An order from ÖBB for the new design described above can also be expected in the future, as the operator's growing fleet of railjets and nightjets needs additional locomotives with a top speed of 230 km/h.