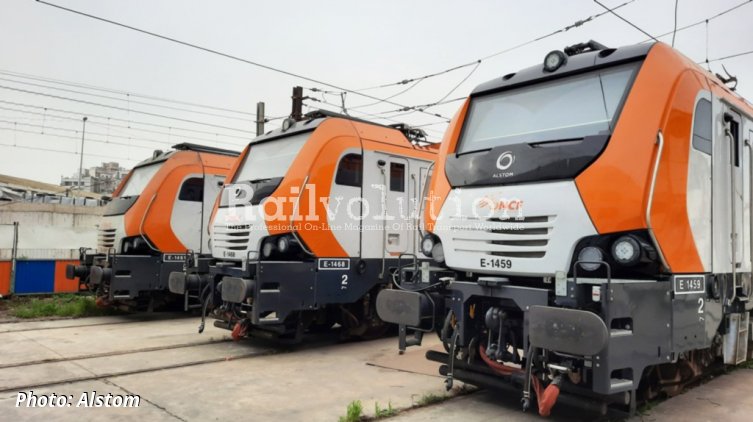 MALOCO is the Groupement d’Intérêt Économique (GIE), which was set up in 2006 by the ONCF and Alstom as part of a policy to support the national railway industry and the development of „green“ transport. At the same time, the goal is to implement the ONCF Development Strategy through partnerships with major market players to improve the quality of operation and maintenance of vehicles.

Through the March 2021 agreement, Alstom Morocco in fact became officially responsible for maintaining the whole fleet of 50 ONCF PRIMAs. Delivery of the second batch (E-1451 to E 1480) started in December 2019. Since then, 15 machines have been delivered to Morocco, of which 10 have entered commercial service, transporting passengers and freight.

Alstom stated proudly that „it has been manufacturing locomotives for over 100 years, with the first electric locomotive dating back to 1926. Over 3,000 locomotives from the PRIMA range have been sold in the last 20 years.“  However, especially in Europe, the PRIMA family is experiencing a downturn when it was „rolled over“ by the Vectron (or previously Eurosprinter)  and TRAXX locomotives. On the 1,520 mm gauge, the expansion of the PRIMA family did not reach the expected scale, so that the only large contract now runs in India (800 two-section electrics).

From this point of view, the acquisition of Bombardier Transportation (with its successful TRAXX family) by Alstom in January 2021 brought a welcome addition to the latter’s portfolio, which Alstom is already successfully boasting about in its most recent PowerPoint presentations (so it's only a matter of time before an Alstom name will emerge on the main hall in the Bombardier Kassel works...).