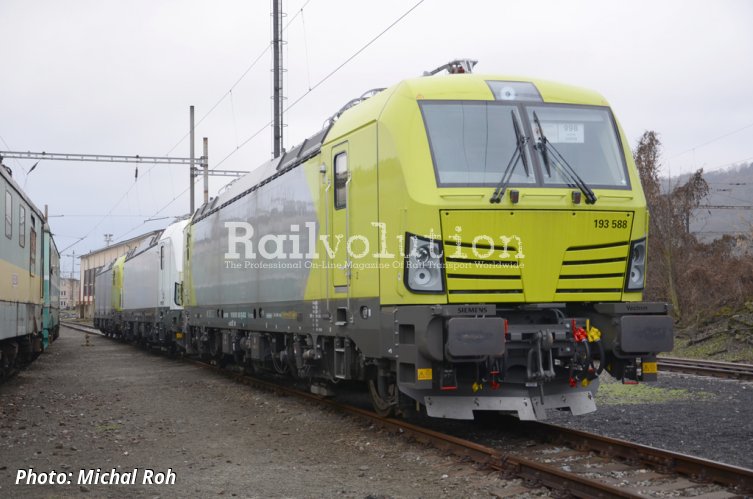 ČD Cargo is temporarily including more Vectrons in its fleet. This is mainly due to the need to cover the workings for which interoperable locomotives are required, as the European approval process for TRAXX MS3 machines has still not been completed and batch deliveries could not be started.

Therefore, on 1 December 2020, ČD Cargo conducted an on-line tender for hire of up to seven Vectron MS locomotives for 2021, with the possibility of an optional extension for up to another 12 months. So far, the hire of five machines was concluded with Alpha Trains Europe. These are 193 584 - 588, built only a few months ago. All five arrived together on 4 January 2021 in ČD Cargo’s Ústí nad Labem depot, with handover planned for the next week.