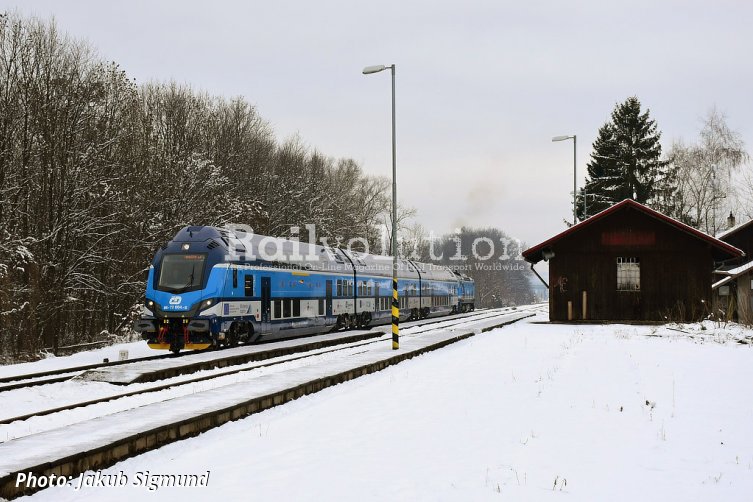 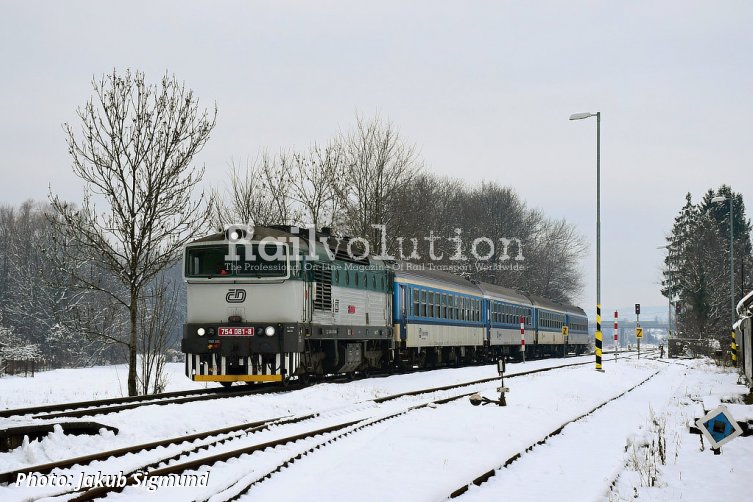 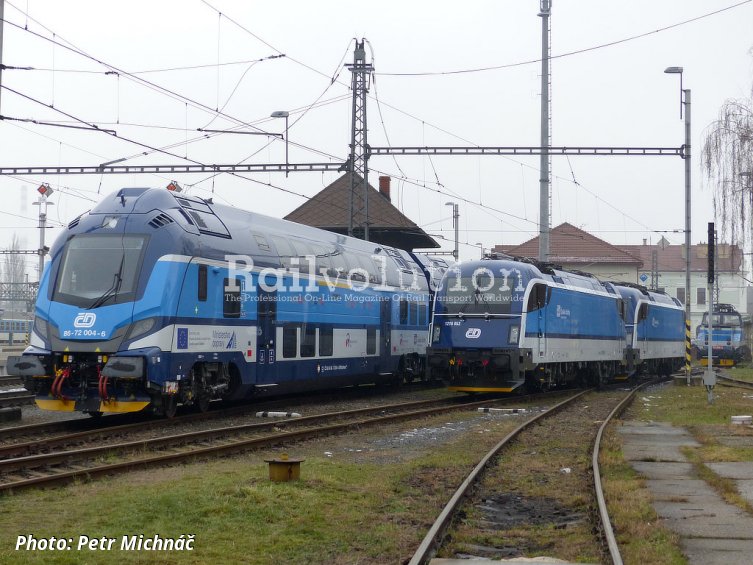 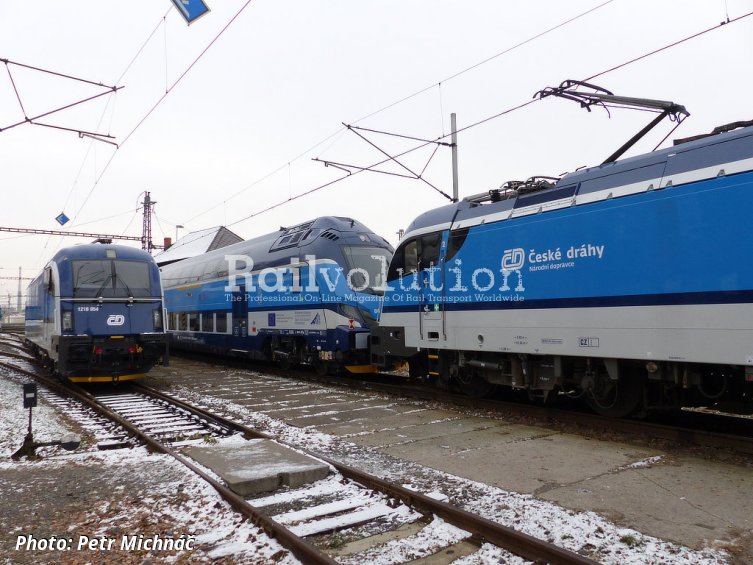 Another significant novelty of the 2022 timetable at ČD is the use of double-decker push-pull rakes in the Moravian-Silesian region (Moravskoslezský kraj, MSK), for which the Czech Railway authority Drážní úřad (DÚ) issued a decision on 29 November 2021 on test operation with passengers, valid for a maximum period until 10 December 2022.

In March 2019, ČD ordered from Škoda Vagonka five Type 13Ev three-car rakes, which are being propelled by modified Class 750.7 „Goggles“ locomotives. The first three rakes, with driving trailers 86-72 002, 003 and 004, were handed over to ČD in the first half of December and moved from the Škoda Vagonka works in Ostrava-Vítkovice to the Bohumín depot.

At that time the test runs were organised, being used for drivers' training, and continued until 11 December. On the 12th of the month, the rake 004 with locomotive 750.717, ran the first day of the new timetable on the Line 323 Ostrava hl. n. - Frýdek-Místek - Frenštát pod Radhoštěm město (together with other, older trains).

Around mid-December, the test and training runs of drivers with the other MSK push-pull rakes continued between Bohumín and Karviná, and on 20 December 2021 all three trains (002, 003, 004) handed over so far to ČD were put into regular service, sometime with changes, as various „teething troubles“ had to be eliminated on them, such as defects of the entrance doors. The handover of the rake 001 followed on 4 January 2022.

ČD therefore still has to take delivery of unit 005, which was being completed at the turn of 2021 and 2022 and is due to be transported to the VUZ Velim test centre on 14 January, where it is scheduled for a test acceptance run on 17 January. If everything goes as planned, this last MSK rake will be handed over to the operator on 24 January 2022.