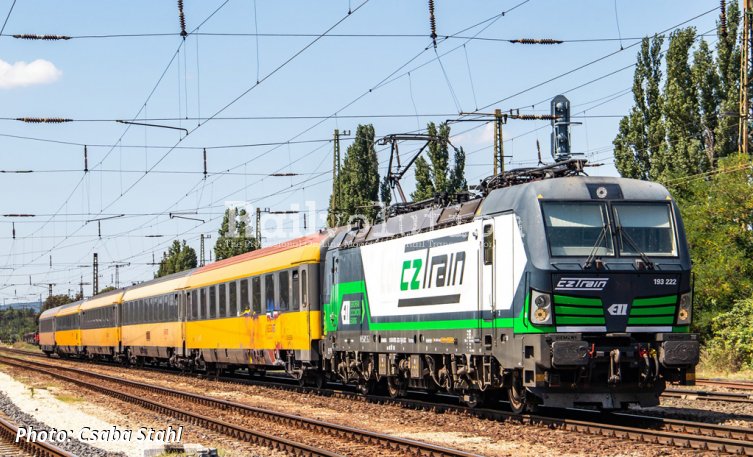 Under the complete name CZT CZTrain, based in Praha, a new lessor of a modern traction in the Czech Republic was established. In fact, it gradually started its operation in May, but remained quite invisible until 10 August 2021, when the first of its locomotives appeared wearing the company’s logo.

CZTrain’s fleet includes now three Vectrons hired from ELL, 193 222, 725 and 830. The main target is the market of short-term hires to freight operators, however at this moment two of the Vectrons are hired to RegioJet, one of them until end of August 2021, other one until end of November 2021.

In the future, CZTrain plans to hire drivers, too, and to achieve railway undertaking’s license for the Czech network. CZTrain was established by two former employees of LokoTrain, an established Czech company active on the same market field. One of the CZTrain founders is its 50 % owner, the other half of share being held by Graveolents. The latter is actually just a silent companion, however it is a sole owner of Slovak operator I.G. Rail, a successor of SŽDS.