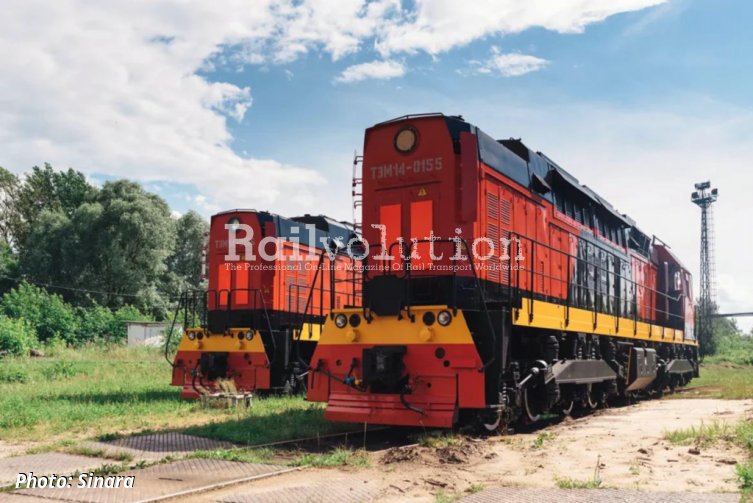 In May 2021, STM and the Kazakh freight operator SilkwayTransit signed an agreement for the supply of four Class TEM14 shunters. The LTZ-built locomotives, TEM14-0153 and 0155 to 0157, were handed over to the customer in June 2021. They will be used for shunting operations at the Dostyk - Alashankou border station, which is the busiest border crossing along the East-West railway container transit corridor and through which the bulk of transit freight is transported under the One Belt, One Road (OBOR) initiative.

On 10 August 2021, STM and EVRAZ have agreed on the supply of six Class TEM14s. Their main user will be EVRAZ ZSMK (Obyedinyonny Zapadno-Sibirsky metallurgichesky kombinat, United West Siberian iron and steel works) of Novokuznetsk in southwestern Siberia. The first two, TEM14-0158 and 159, were delivered in July. Two more, TEM14-0160 and 161, followed in August. The remaining two, TEM14-0166 and 167, are scheduled for delivery in the first quarter of 2022.

LTZ delivered five locomotives to EVRAZ since 2007: four Class TGM6D and one Class TEM9 machines. More than 140 Class TEM14 locomotives are now in use on the RZD network.