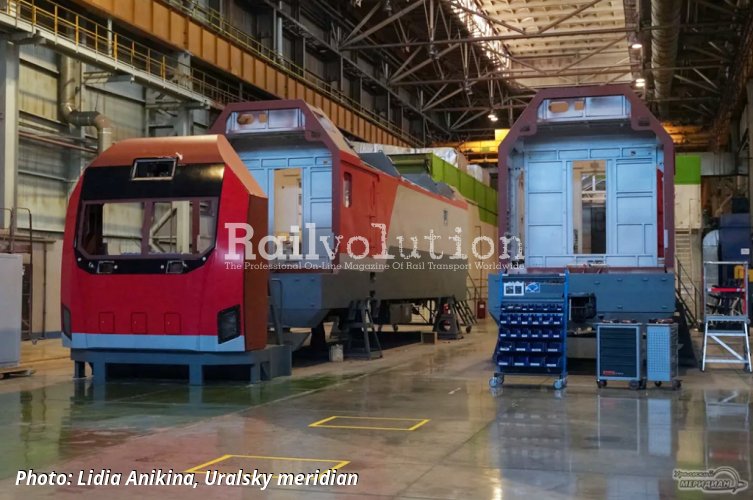 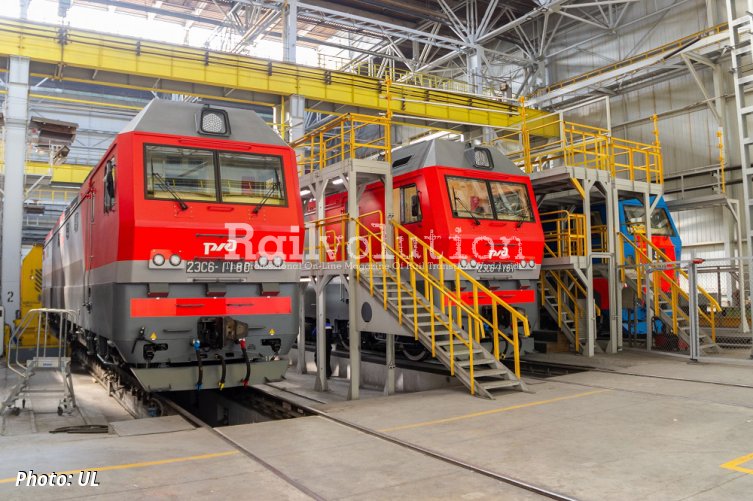 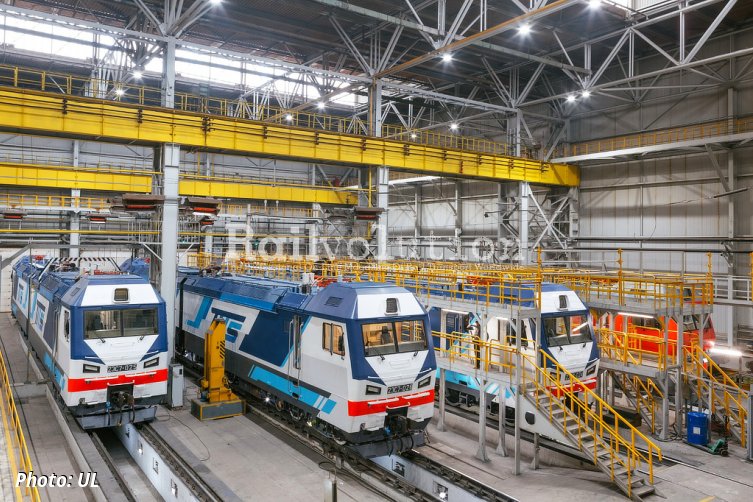 In 2021, Uralskie lokomotivy of Verkhnyaya Pyshma produced 117 locomotives (288 sections including boosters), supplying customers with the entire range of locomotive classes available in the UL’s portfolio.

In 2021 UL also produced 21 Lastochkas, formed by six Class ES2G Standard EMUs of various configurations (of whose four, ten-car ES2G-141 to 144, were handed over to RZD until end of the year) and 15 dual-voltage Class ES1P EMUs (of whose fourteen, ES1P-024 to 037, were handed over to the client until end of the year). Of the latter, ES1P-024 and 032 to 037 are ten-car units, the remaining ones are five-car units. Currently the UL-built Lastochkas are used in 25 regions of Russia, and one international route, Moskva - Minsk has been added in 2021.

At present, a prototype of the new 3 kV DC freight locomotive with asynchronous traction equipment, which is now designated Class 3ES8 (earlier 2ES8, initially 2ES6A), is at the final stage of assembly, with testing and certification to take place as early as 2022.