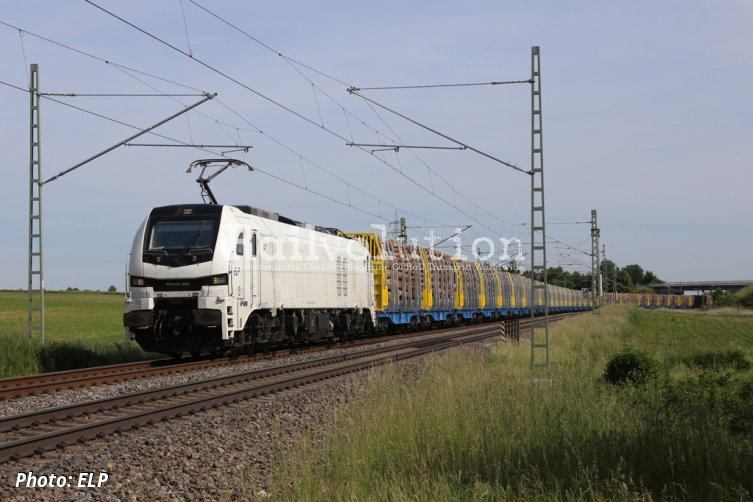 On 1 November 2021, the EURODUAL locomotive received approval for operation on the lines of profile 312 on the ÖBB network. This enables operation on almost all D4 lines, such as the main lines in lowlands of northern Austria or crossing the country in north-south direction using Linz - St. Michael - Spielfeld-Strass/Villach and Kufstein - Brenner routes, however not yet a full transit via Semmering, Tauern or Arlberg lines. This is expected to come in the next years, as part of existing infrastructure upgrade projects of ÖBB Infra.

Following a period of regular operation, approval for the border stations to Hungary (Hegyeshalom), Slovakia (Bratislava) and the Czech Republic (Břeclav) is expected by the end of this year, as the next stage. Other border stations and lines are also expected to follow with the support of operators, once the locomotives are in service in Austria.

European Loc Pool initiated and drove forward the approval of the EURODUAL in Austria. With Stadler València as a partner, ELP was able to obtain ERA approval for the locomotive, based on the 4th railway package in Austria. Together with its service partner, Stadler Rail Services, ELP has already been able to establish the service network in Austria. The first workshops are located in Wien and Linz. Additional works will be added to the network shortly.

Most of ELP's existing EURODUALs in the version for operation in Germany are already converted for Austria. This included some small hardware and software changes, as well as uploading new ETCS keys for the Austrian lines witted with ETCS. For the first locomotives, the declaration of conformity has already been uploaded by Stadler to the ERA One-Stop-Stop (OSS) to obtain the final approval to place in to service. It is expected that the first locomotives will start their operation in Austria in the next few weeks.

Future EURODUALs in the version for operation in Germany will be delivered directly with the corresponding configuration for Germany and Austria. This also means new approval for a six-axle locomotive in Austria after many years or rather a couple of decades.

For ELP, this is a major step in the geographical expansion of the EURODUAL operational area. ELP's goal in the next few years is to further expand towards south-eastern Europe (Balkan countries) and towards the port of Rotterdam (approval on the Betuwelijn in the Netherlands).