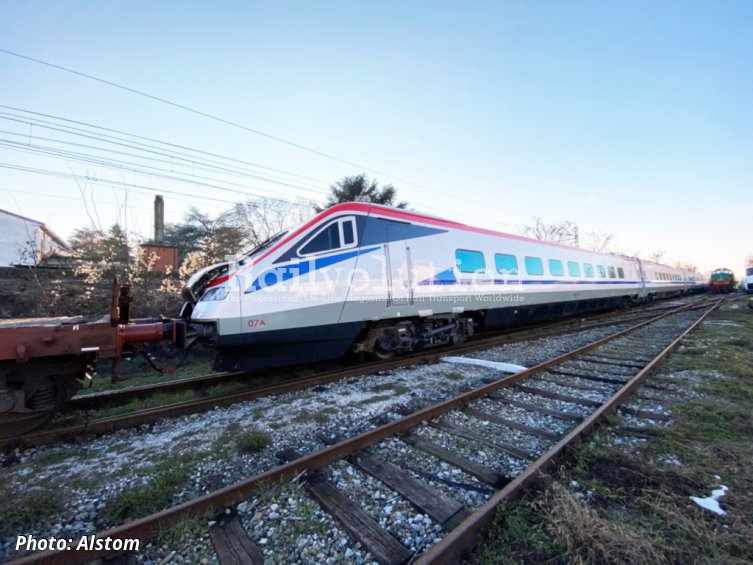 On 20 January 2021, the first Class ETR 470 Pendolino upgraded by Alstom has arrived in Thessaloniki, marking the arrival of high-speed trains in Greece, now belonging to TRAINOSE, which is part of the Ferrovie dello Stato Italiane Group (FSI). This is part of a project implemented by TRAINOSE, in which Alstom is to provide Thessaloniki depot modernisation and corrective maintenance for the five ETR 470s that will form the country’s first fleet of high-speed trains.

The two contracts, signed in March 2020 for depot modernisation and in June 2020 for corrective maintenance of Class ETR 470s, are worth a total of approximately 40 million EUR. The Thessaloniki depot has undergone significant modernisation in the past few months.

Following an extensive upgrade taken at Alstom’s Savigliano works, the TRAINOSE Pendolini will have improved features such as Wi-Fi connection and new passenger information systems. The trains have also been fitted with ETCS OBU and modified to operate under the 25 kV voltage (the old 3 kV DC traction equipment was removed). They are able to operate at 250 km/h, but the railway network in Greece can not support this speed, because the maximum speed is 200 km/h.

The Class ETR 470 EMUs are key component of TRAINOSE’s plan to reduce current journey times on the main Athens - Thessaloniki route from 4 hours to around 3 hours following the infrastructure upgrades. The first Pendolino is scheduled to start passenger service in March 2021. The remaining four trains are expected to be delivered to Thessaloniki by autumn 2021.