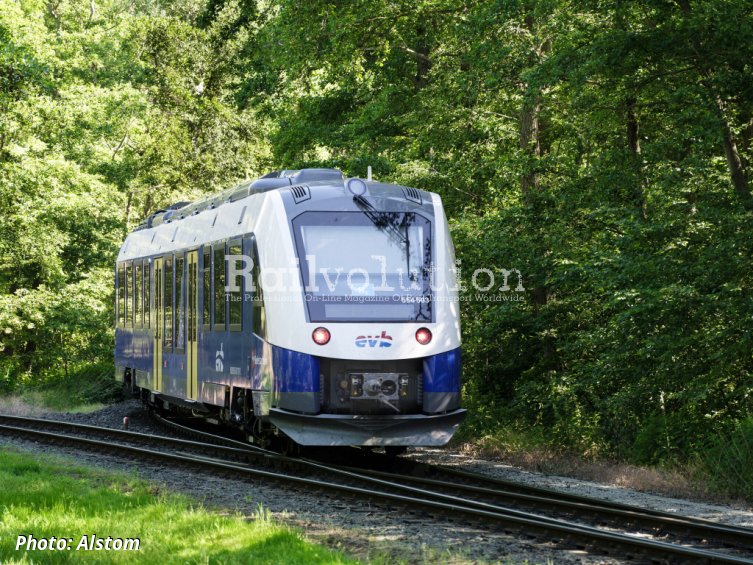 On 15 July 2022, Alstom announced that it had received the EBA type approval for its Class 554 HMU. This batch is destined for EVB (Eisenbahnen und Verkehrsbetriebe Elbe-Weser). As a result, four units were able to start test passenger service on 25 July on the RB33 Cuxhaven - Bremerhaven - Bremervörde - Buxtehude line (the same, where the prototypes 654 101 and 102 were from September 2018 tested for 1.5 years, unless they were on presentation or testing elsewhere).

With this moment, Alstom has become the first manufacturer in the world to have approved the batch-built HMUs. The Class 554 iLints, acquired by LNVG, are rented to EVB and located at its Bremervörde depot. Here, a hydrogen filling station was installed by Linde, which has been undergoing trials since the beginning of this year with 554 002 and 006, which have already been used for staff training.

Diagrams for at least 11 iLints (the first "i" comes from the word "Intelligenz") are to be created for regular service. Each HMU is to take about 50 minutes to fill, and for operational reasons refuelling is to take place during the night. The maintenance has been contracted to Alstom, for 30 years or the lifetime of the vehicles. For this purpose, a new hall was to be built, but due mainly to the ongoing negotiations on the financing of its construction, it will not be available until 2024. A temporary light hall must therefore be set up in the Bremervörde EVB depot.

In December 2022, 27 more iLints of the Class 554.1 are due to enter service for the Rhein-Main-Verkehrsverbund (RMV) in Hesse; the first of these, 554 101/601, was tested at the RTA Rail Tec Arsenal last September. This batch will be owned by fahma (Fahrzeugmanagement Region Frankfurt RheinMain), a wholly owned subsidiary of the RMV. Fahma will lease the iLints to the selected operator, which in this case will be Regionalverkehre Start Deutschland (abbreviated to "start", a DB Regio subsidiary), which will replace the Hessische Landesbahn.

The ILints will be deployed on the four lines of the Taunusnetz network around Frankfurt/M. They will be located at DB Regio's Frankfurt-Griesheim depot, but will be filled with hydrogen by Infraserv Höchst in the Frankfurt-Höchst industrial park. On 28 July 2022, the first unit from this batch, the largest HMU order in the world to date, arrived for testing in the Rhein-Main region. The first vehicles are to be handed over to the RMV at the end of the summer, and more than half of the total number will be in service from the start of the 2023. Alstom envisages to conclude deliveries by the end of March 2023.