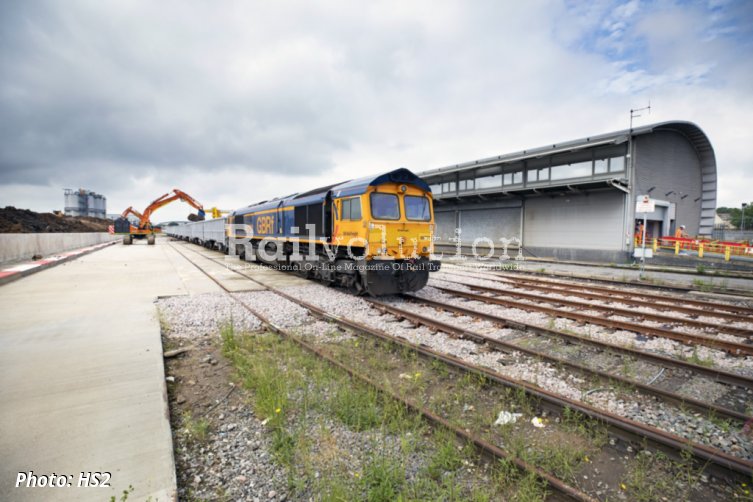 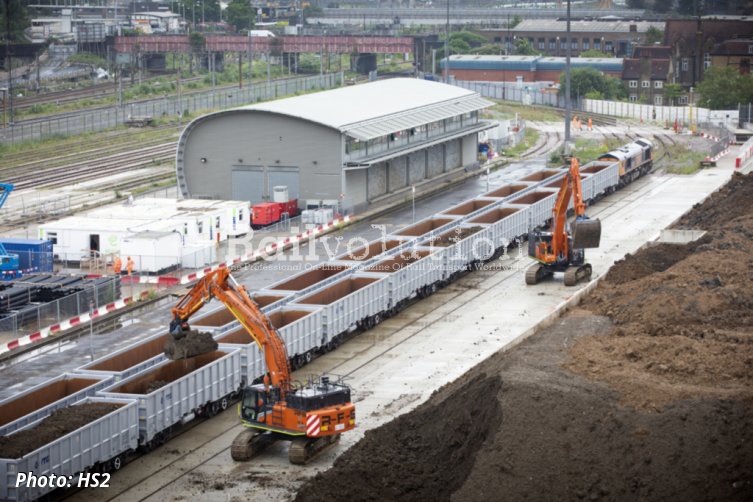 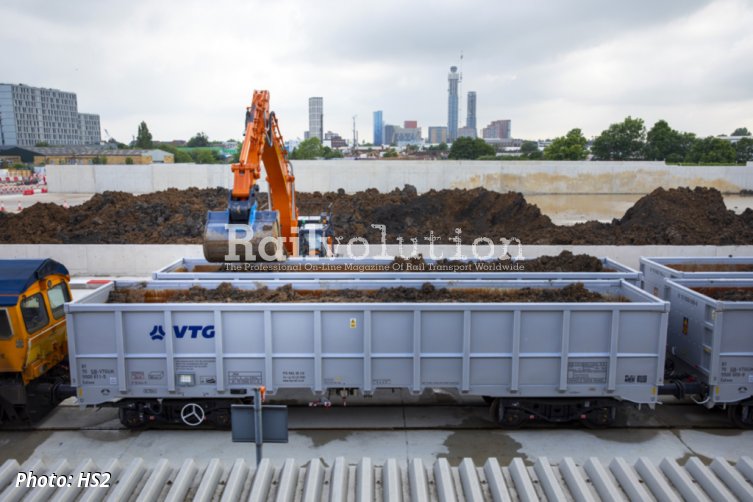 On 29 June 2021, the first train carrying spoil removed from HS2 construction works in London left the HS2 Logistics hub in Willesden. Carrying 1,470 tonnes of spoil, the train departed at 03.51 h and traveled to Barrington in Cambridgeshire, where the spoil will be reused in a disused quarry to bring it back into use as a new housing development.

The logistics hub has been brought into use by HS2’s main works contractor, Skanska Costain STRABAG joint venture (SCS JV) who are building the HS2 tunnels through London. The hub will be used by other London contractors, Balfour Beatty VINCI SYSTRA JV (BBVS JV) and Mace Dragados JV (MD JV) who are constructing HS2’s Old Oak Common and Euston stations respectively.

The site will be the ‘beating heart’ of HS2’s construction activity in the South. Over the lifecycle of the project up to seven freight trains per day will depart the Logistics hub at Willesden, and will remove one million lorries journeys from the roads in the London area alone. One train per day will arrive at the hub bringing in construction materials, including concrete segments that will be used to construct HS2’s London tunnels. The first train was operated by GB Railfreight, and the start of the logistics service is the result of meticulous planning between HS2, Network Rail, SCS JV and our supply chain.

HS2’s Project Director, Malcolm Codling, said: „HS2 is committed to improving environmental standards in construction and the departure of the first logistics train from Willesden is just one of the many measures we are taking to do that. The team working at the Logistics hub will be coordinating rail freight movements that will remove one million HGVs off the roads, significantly reducing the project’s environmental impact.“

One of the next measures to reduce impact on local roads in the area, is the installation of a conveyor system which will remove spoil from the construction of Old Oak Common station and transport it to the Willesden Logistics hub. Plans for the system are being developed and it is due be installed and operational by spring 2022.