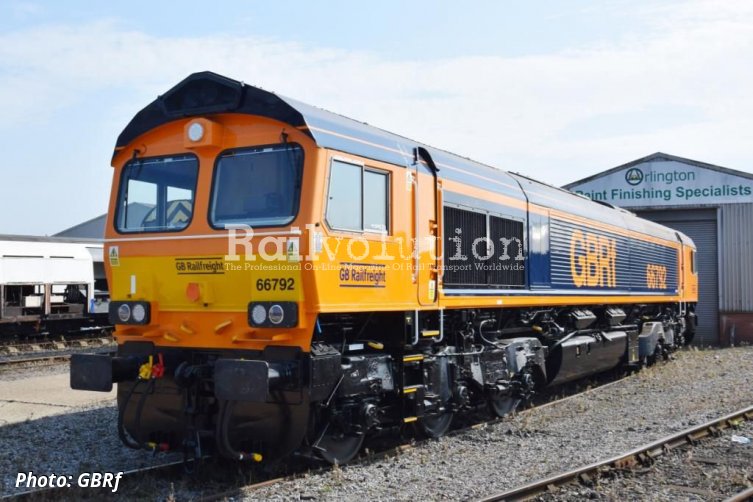 On 9 January 2023, GB Railfreight (GBRf) announced a new 10-year locomotive leasing deal with Akiem to invest 25 million GBP to increase the number of locomotives across GBRf’s operations. This investment has been made possible by GBRf’s recent wins in the intermodal sector and continuing growth across a number of key markets.

The 11 Class 77 and Class 66 locomotives will operate services for businesses across intermodal, energy generation, infrastructure, waste, construction and rail services. They will arrive from continental Europe between January 2023 and May 2024. On arrival in the UK, further investment will be made to convert the locomotives to make them compliant for UK service at EMD Doncaster Roberts Road. The first of the locomotives is expected to begin operating across the UK’s rail network by summer 2023.

Simon-Pierre Trezeguet, Managing Director of Akiem Locomotive Leasing Business Unit said: “We are very pleased to be adding such renown and appreciated Class 66 and 77 locomotives to the UK market while strengthening our partnership with GBRf. In a few months’ time, when our mainland European high-performance Class 66s and 77s have been converted into locomotives perfectly adapted to the UK market, thanks to the GBRf teams technical expertise, they will greatly contribute to the development of rail freight across the United Kingdom”.

It is second time, when GBRf took over the Class 66 from continental Europe. In October 2020, GBRf announced an agreement to bring an additional five Class 66 locomotives from Germany in cooperation with Beacon Rail Leasing. The first two, designated 29004 and 29005 have been delivered to EMD Doncaster ready for conversion to GBRf’s specification and UK railway standards. The remaining three were delivered in 2021.

The first two are low-geared heavy haul 60 mph locomotives which will benefit GBRf’s heavy-haul capability, while the remaining three are 75 mph locomotives. They were delivered into GBRf service commencing early April 2021 with the programme of conversions being undertaken by EMD at their Doncaster and Longport facilities, this including the fitting of air conditioning, sound proofing, cab improvements, and new cab double glazing. In addition, the locomotives were fitted with GSM-R and TPWS ATPs and painted in GBRf livery. Subsequently they were renumbered to GBRf's 66 793 - 797.