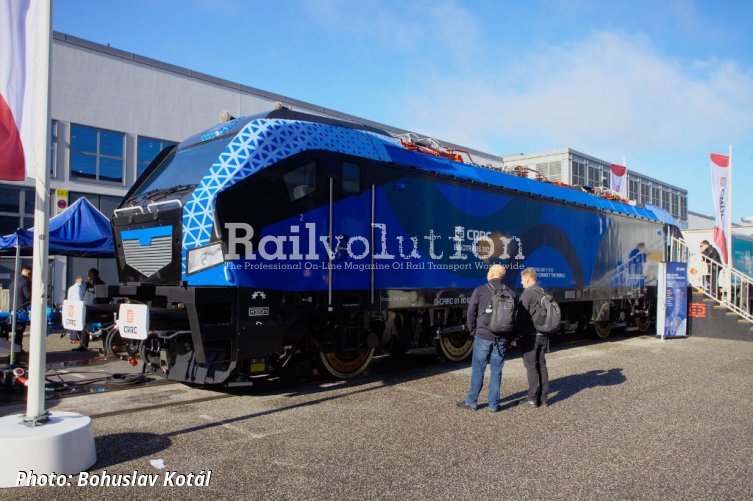 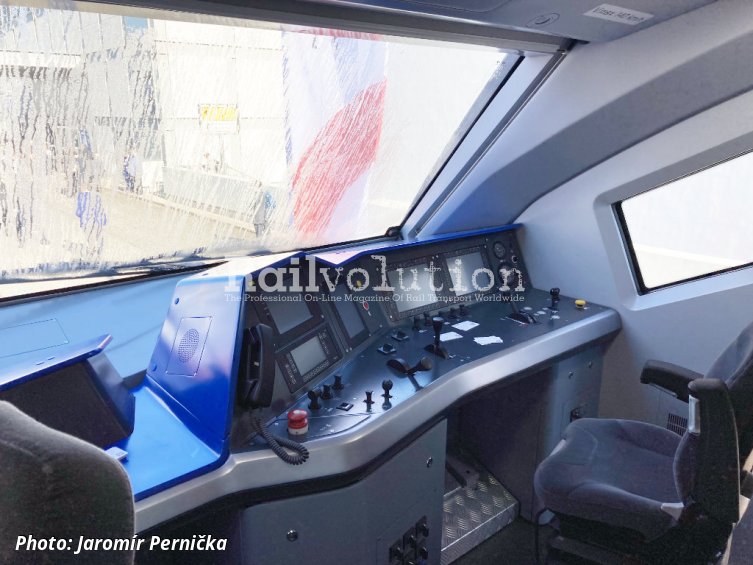 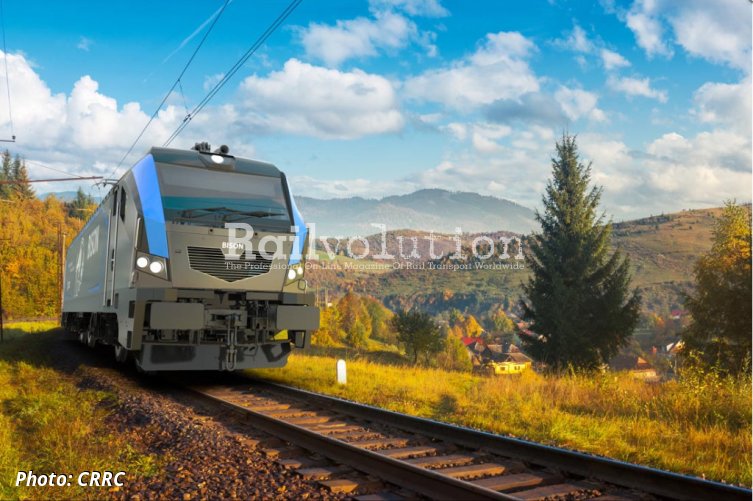 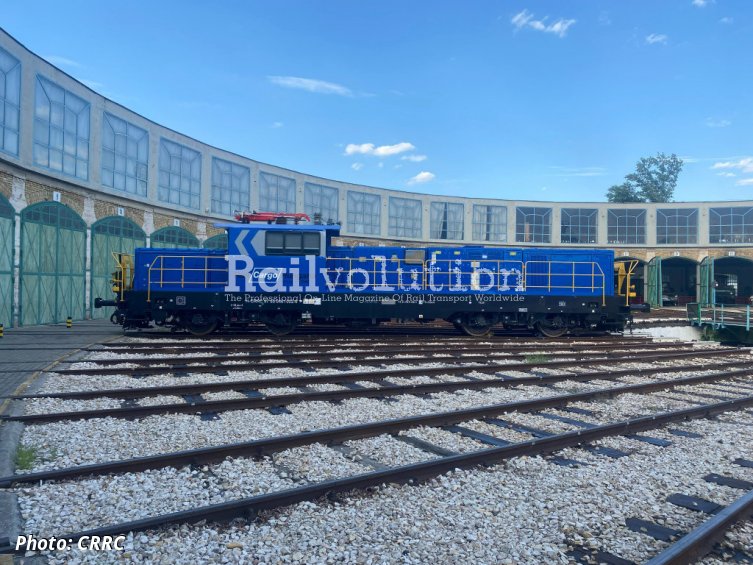 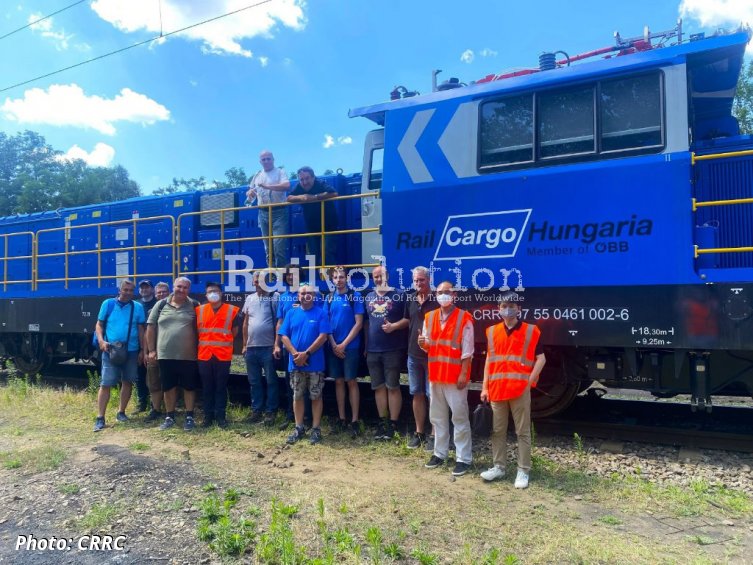 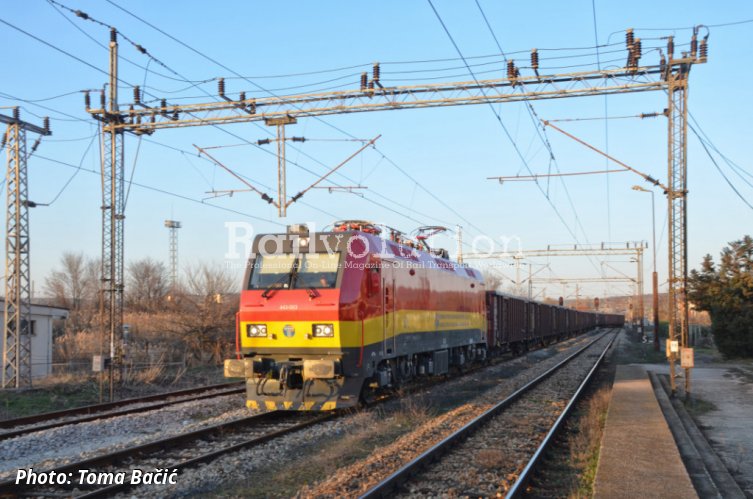 CRRC has displayed one of the freight locomotives ordered by RCH (Rail Cargo Hungaria). The ground-breaking order of 11 September 2019 with CRRC ZELC Verkehrstechnik, Wien (CRRC ZELC Europe), which marked the manufacturer's first order for electric locomotives for normal operation in the EU, so far includes two Class 181 mainline locomotives (according to the German scheme) from the Bison family and two Class 461 shunters (according to the Hungarian scheme), which have come to be called Grasshopper.

181 002 was exhibited in Berlin, decorated with additional vinyls on the driver's cabs and on the sidewalls. This class, built at Zhuzhou, is designed for RCH to operate on 15 kV 16.7 Hz and 25 kV 50 Hz voltages, has a top speed of 140 km/h, a power 5,600 kW and a starting tractive effort of 300 kN, and is equipped with a Last Mile battery module. The bogie design is derived from the Class HXD locomotives, of which China Railway operates more than two thousand.

Bison 181 001 has been present at the VUZ Velim test centre since March 2021, which moved to Hungary in July 2022, where Grasshopper 461 002 was also arriving in May. Bison 181 002, on the other hand, was moved from InnoTrans to Kiel, where CRRC has its Vossloh Rolling Stock (VRS) plant, and from where it then made its way to Velim on 12 October 2022. During the autumn of 2022, test runs were carried out with 181 001 and 461 002 at various locations on the Hungarian network; around five RCH drivers were trained for each type for this purpose.

According to the contract, RCH would hire two locomotives of each type, but this was subject to type approval within 36 months. Approval is only required for Hungary for the Class 461, while the Class 181 involves nine countries - Germany, Austria, Hungary, Croatia, Serbia, Romania, Bulgaria, North Macedonia and Greece. The locomotives were to be leased for up to four years and there is an option for up to 20 of each type. The contractual deadline for approval expired in September 2022 and no notice of compliance has yet been issued, however it can be assumed that the delay will be accepted due to covid.

It can therefore be assumed that sooner or later Bison will be approved to some extent. And there are already other interested parties for this type, of which RegioJet is known to be ready to order a faster version for passenger services as a replacement for the TRAXXes. This is possible thanks to the fact that the Bison can be built with for all four common European voltage systems, with a top speed of 230 km and a power of 6,400 kW.

However, in addition, there are - not yet publicly - other operators, for whom the lower price of Bison compared to European production is an understandable attraction, and they are probing to what extent it is possible to start focusing on Chinese locomotives. So it is clear that the interest in CRRC locomotives is there, and that it will grow once type approval is granted. This is also in line with the manufacturer's intention, saying at InnoTrans: "By ensuring the smooth production of locomotives, CRRC is demonstrating the performance of Chinese enterprises and proving that they are able to serve the EU market, develop international trade and build new mutually beneficial partnerships. This will not only help CRRC to continue its journey towards becoming a respected international company, but also become a useful complement to European suppliers."

So far, the DB Class 1004, approved in August 2021 for Germany, has become the first locomotive type built directly in China to be homologated in an EU country. The Class 1004.5 for DB Netz, known as AZlok, is waiting for the same. At InnoTrans, a CRRC representative said that its authoristation is expected by the end of 2022, but even the realisation of this plan has not yet been confirmed.

We asked the Railways of the Republic of Northern Macedonia (ŽRSM Transport), which has purchased four Class 443s, about their experience with Chinese locomotives: „Railways of Republic of North Macedonia Transport (RRNMT) have purchased four electric locomotives and we have the first in operation since November 2019. In the three years of use, their availability and disponibility is 100 %, which means that we haven’t have any malfunction of them so far. Thus we are very pleased with their operability.

Regarding the availability of spare parts for them, we would like to mention that all major parts of the locomotive (main circuit breaker, main compressor,  pantographs, most of the air pressure and air braking parts, …) are from European manufacturers and their availability depends on the manufacturer itself.