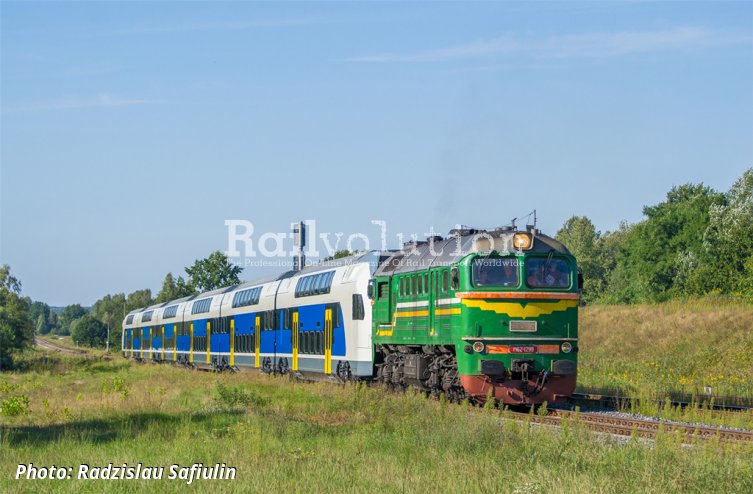 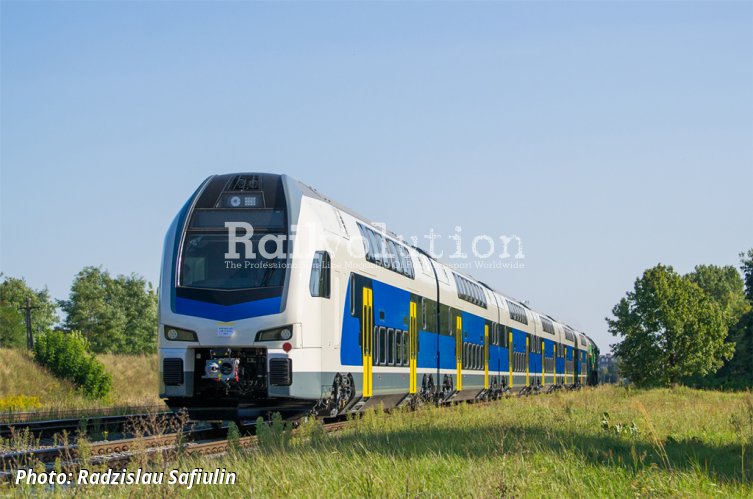 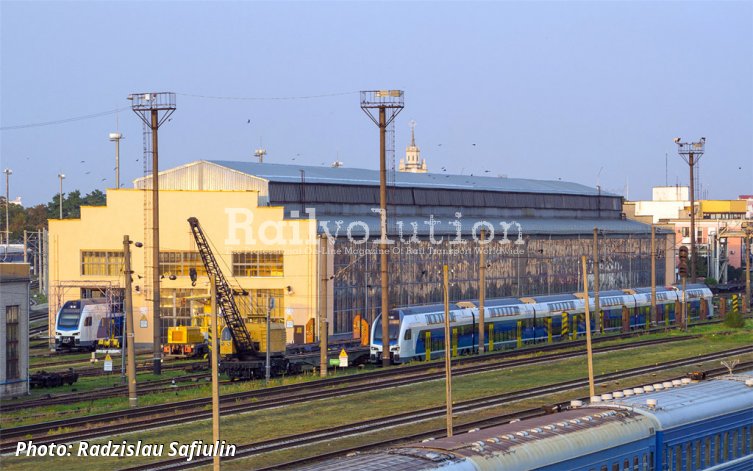 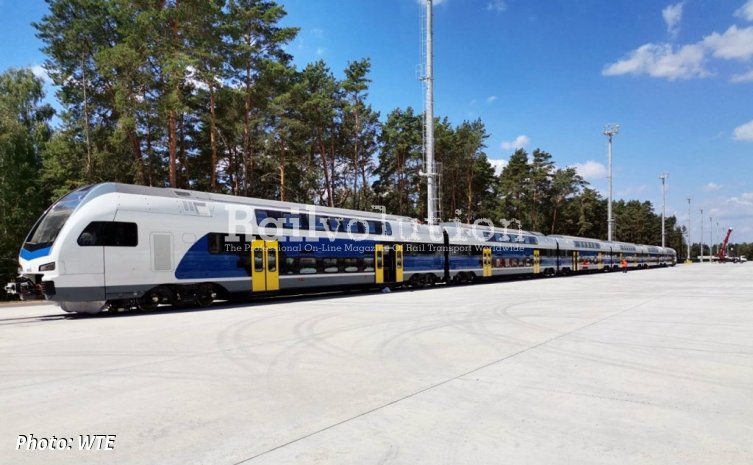 Stadler at present produces the Class 815 six-car double deck KISS EMUs for MÁV-START. The operator has already ordered all 40 of these EMUs from the framework contract: eleven from April 2017 as the first part, eight from December 2018 as the first option and 21 from January 2020 as the second option.

The first three Class 815 trains of the first batch were built at Stadler’s Minsk works, together with all the bodyshells and the powered end cars. The Dunakeszi Járműjavító (DJJ) works in Hungary assembled the intermediate trailers for eight KISSes - in November 2018 the first bodyshell was moved, by road, from Belarus to Hungary. And it is here where the commissioning of the first batch takes place. Stadler’s BRCC (Bogie Revision Competence Centre) in Szolnok is to supply all 480 bogies for the trains.

Already in March, the use of 815 007 differed from the original plan, according to which the first batch was to be in regular service from February 2020. This delay was caused by the fact that Schaltbau Bode, which manufactures entrance doors, was affected by floods on 21 May 2019 formed after torrential rains over the eastern part of Kassel. In addition, other Stadler sub-suppliers faced labor shortages, which also slowed down the final assembly of KISSes and the situation was subsequently complicated by the coronavirus pandemic...

On 21 September 2020, the second KISS, 815 005, started test operation with passengers, and the third one, 815 006, entered service on the 28th of the month. The plan was to send one KISS into test operation every week until homologation will be awarded, but as Switzerland put Hungary on 25 September 2020 into red zone, and citizens are not allowed to travel from Switzerland to Hungary, this plan can be changed according to the current COVID-19 development.

The same applies to the authorisation by NKH (Nemzeti Közlekedési Hatóság, National transport authority) which is now envisaged to be awarded in the last quarter of 2020, sometime in October or November (subject of coronavirus as the restrictions from Switzerland to enter Hungary can have influence on the handover of the trains).

The production of the first batch is still ongoing, and in late September 815 009 was nearing completion. Depending on the COVID-19 situation Stadler expects to finish it by the end of this year.

As in the meantime TMH Hungary bought DJJ, the cooperation on building the KISS intermediate trailers in Hungary was terminated and both subsequent batches (8 + 21 trains) will be built completely by Stadler Minsk. Thus the second batch is now being simultaneously built at Minsk and on 15 September 2020, KISS 815 017 left the works, following 815 016.

The first four units of the second batch (815 012 to 015) will be commissioned at Dunakeszi, the subsequent KISSes will be commissioned on other location which is now being organised. Stadler assumes that 815 012 to 019 will be delivered in accordance with the initial contract and will hand over them to MÁV-START by the end of 2020 to be in service from early 2021. The manufacturer stated the current political upheavals in Belarus causes no major troubles in its production at Minsk.

Initially, the KISS cars were moved to Hungary by road, but for now the rail is involved from Brest. For this purpose since July 2020 the Belarusian company ZapadTransEkspeditsia (WestTransExpedition, WTE) provides Stadler Minsk with the service of receipt of KISS cars (from Fanipol) and bogies (from Szolnok), mounting the cars on 1,435 mm bogies and coupling up these into the six-car units at its large facility in Novye Lyshchycy (northwest of Brest), with the subsequent transport of complete KISS trains via Poland, Czech Republic and Slovakia to Hungary. The work is planned to be carried out from July 2020 to December 2021.

WTE owns a modern gas processing complex in Novye Lyshchytsy, a storage warehouse for petroleum products and related vehicles, and coal and container handling facilities. The latter area, being 530 m long and 110 m wide, enables transshipment of coal and containers between 60 1,435 mm gauge wagons and 60 1,520 mm gauge wagons simultaneously. The dimensions of the site will also allow for storage of up to 1,000 containers.

At Novye Lyshchytsy, around 30 km from the border with Poland (and around 80 km from the border with Ukraine), the KISS cars without bogies arriving on HGVs from Stadler Minsk are, following completion, coupled up in the EMUs and moved to Brest, using the 1,435 mm track. As the line from Novye Lyshchytsy to Brest doesn't have electrification, the BCh diesel locomotives are used. They don't have permission to run to Poland, thus from Brest towards borders (around 3 km) and further to Poland any 3 kV DC Polish locomotive will be used.

The remaining 21 trains (815 020 to 040) are to follow by the end of 2022. Starting with this moment, MÁV-START Budapest's suburban transport will be provided only by the FLIRT and KISS EMUs and Desiro Classic DMUs.