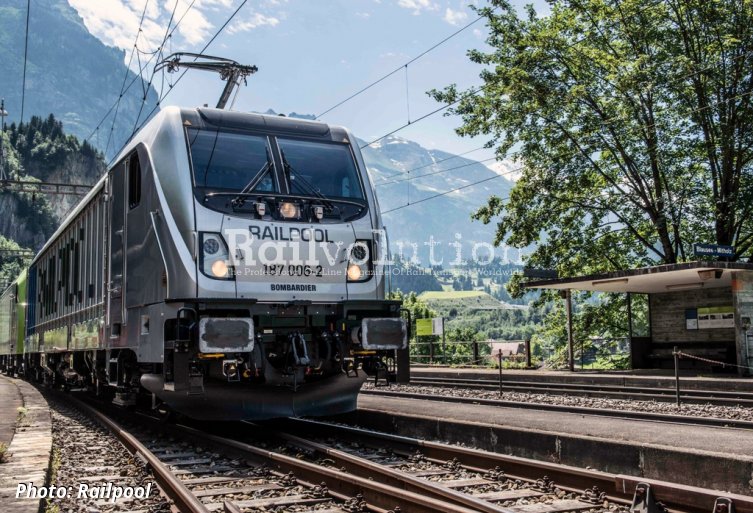 On 7 December 2020, Railpool announced that at the turn of 2020/21 TX Logistik will raise the number of TRAXXes used in Switzerland to nine.

Albert Bastius, TX Logistik COO, said: „Fleet modernisation is an important prerequisite for future traffic on the Switzerland corridor. We see good growth potential here, not least due to the infrastructure improvements on this corridor. The handling capacities of the new terminals that Mercitalia is currently building in Northern Italy also make new connections through Switzerland attractive.“

Railpool has been working with TX Logistik for ten years. Currently it has 16 locomotives on lease from Railpool, which operate in 11 countries from Scandinavia to Italy and Romania. With the most recent contract, this number will grow to eighteen.

TX Logistik was founded in 1999 as a private company and offers railway services in eleven countries. It has subsidiaries in Switzerland, Austria, Denmark and Sweden and a local presence in Italy. In its Intermodal and Rail Freight divisions, TX Logistik develops comprehensive rail solutions for continental and maritime transport as well as customized concepts for conventional freight. Since January 2017 TX Logistik has been wholly owned by Mercitalia Logistics S. p. A., a subsidiary of Ferrovie dello Stato Italiane. With 572 employees and 9.4 billion tkm in 2019, TX Logistik generated sales of 252 million EUR.