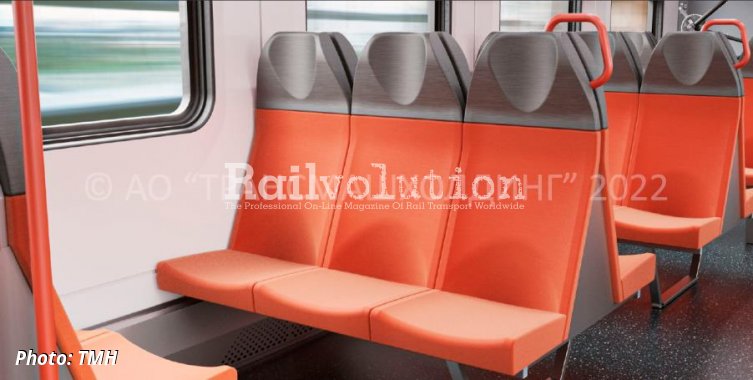 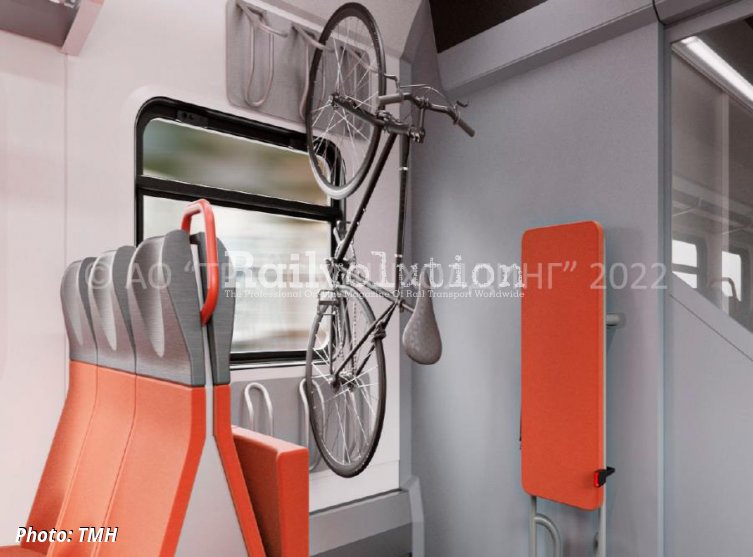 On 10 November 2022, TMH announced that DMZ started production of the first prototype of the new Class EP2DM EMU, which features the maximum domestic component base - more than 80 enterprises located in different regions of Russia were involved in its development. The modified design of the initial 3 kV DC Class EP2D was developed in partnership with the National Centre for Industrial Design and Innovation 2050.LAB taking into account the wishes of passengers and operators.

Based on passenger surveys, the ergonomics of passenger seats has been improved to provide additional space (about 4 - 6 cm). A new Subclass EP2DM will be equipped with an intelligent CCTV with a function to monitor the passenger flows. From a technical point of view, the key feature will be a new electrical equipment developed by TMH and designed with a modularity „to ensure maximum maintainability of the trains“. However, the Class EP2DM will still be fitted with the resistor power regulation and the DC traction motors with commutators.

We asked TMH how is evolving the project of the new Class EP4DA with the asynchronous traction motors, which was announced in 2021.

TMH answered us: "As for EP4DA, the project continues to evolve. More information will follow some time in the future."