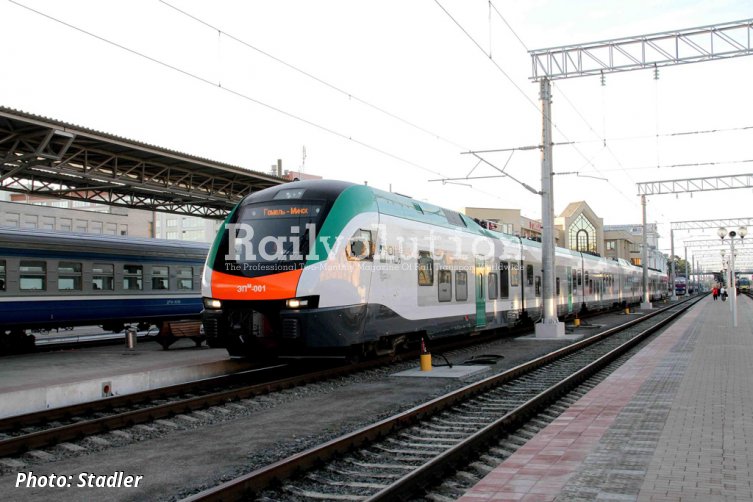 BCh and Stadler signed a contract for the delivery of ten five-car 25 kV 160 km/h FLIRT EMUs for interregional business class services. The design of the new trains will be based on the seven-car Class EPM operated since August 2016 on the Minsk - Gomel route. The contract signed on 17 January 2019 by Vladimir Balakhonov, Deputy Head of the Belarusian Railway, and Philipp Brunner, CEO Stadler Minsk, includes continues the development of a new format of passenger service, which BCh began to realise in 2010 in order to create an integrated transport system in Belarus. The new EMUs will be put in operation from 2020 onwards and will be incorporated in the existing BCh fleet of 18 FLIRTs.