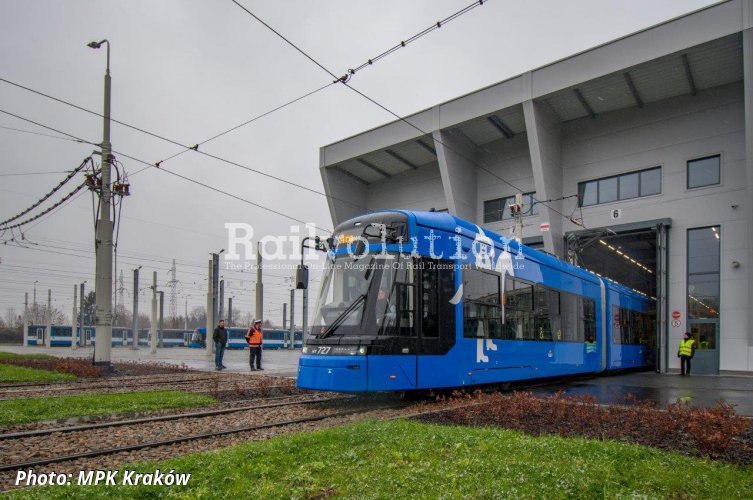 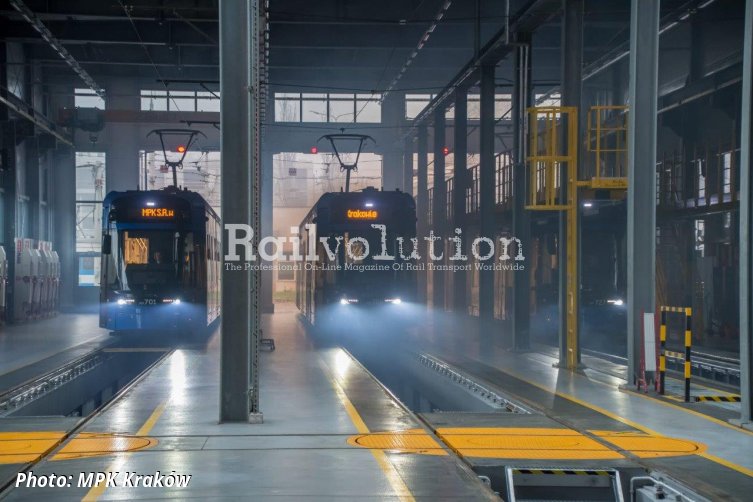 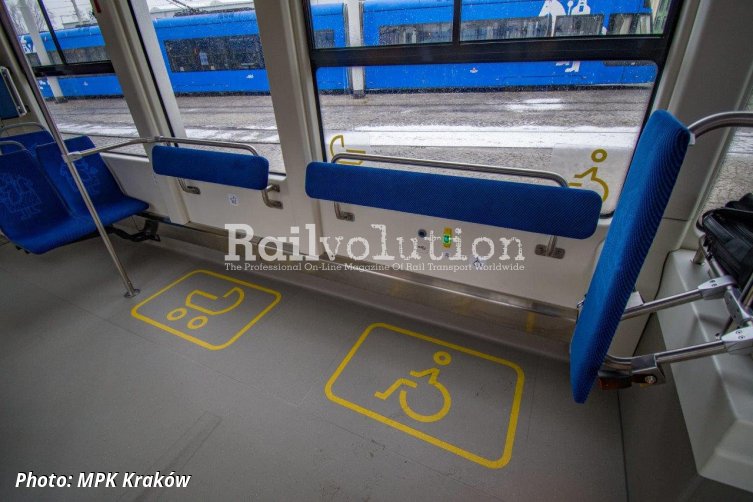 The first three new Lajkonik II trams built by Stadler Siedlce, from a project involving the delivery of 60 trams, have already been received by MPK Kraków and can carry passengers in regular service. The new vehicles were officially presented on 24 November at the Nowa Huta tram depot. The new batch will be designated HY701 to HY745 for trams in the Nowa Huta depot and RY875 to RY889 for trams in the Podgórze depot.

Jacek Majchrowski, Mayor of Kraków, stated: „The ordered trams are a continuation of the Lajkonik I project, which brought 50 trams to Krakow between 2020 and 2021. At present, there are already five Lajkonik IIs in Kraków, the first of which left today for regular lines to carry passengers. The delivery of all 60 new trams according to the contract should be completed in 2023. By then, a total of 110 new Lajkoniks will be running in Krakow. As a result, the share of trams with a low floor in the entire MPK fleet will reach approximately 90 %“.

The new Lajkonik IIs are three-car vehicles with four bogies. There is more space with a low floor, as well as more space for people in wheelchairs. Special backrests for standing passengers will also be a novelty. The trams will carry 238 passengers, including 75 seating. Two Lajkoniks out of the 60 will be designed to run without catenary, while the others will be prepared to use this solution in the future. In this way, MPK is continuing a project which will enable its trams to run in the future also on routes where catenary is not available.

The operator is planning to purchase more new low-floor trams. This involves a new contract for the delivery of 60 vehicles by 2026, with 30 planned to be purchased first. Some of them will be over 40 m long. However, before MPK Kraków announces the tender procedure, it will conduct preliminary market consultations. Their aim is to obtain information necessary for the precise preparation of this procedure, including in particular the description of the subject of the order for new trams.