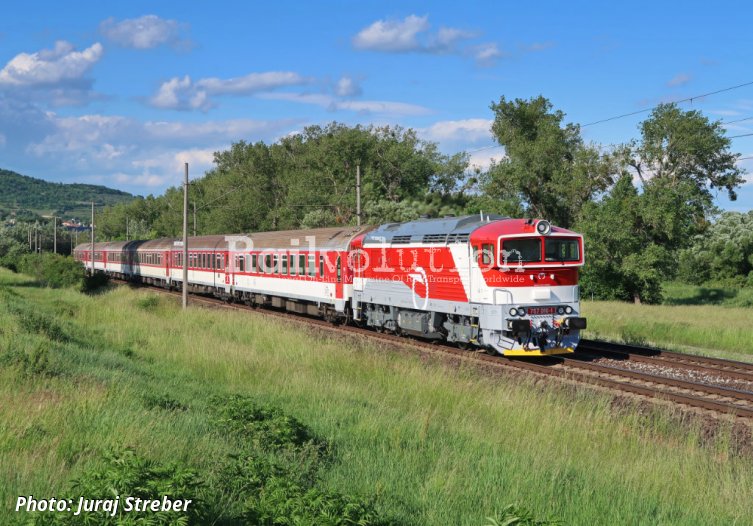 On 27 May 2022, the first ZSSK locomotive in the new corporate design was put into service. It is 757.016, which as the first service hauled the REX 1720 Prievidza - Bratislava hl. st. The second locomotive in the new design will be 362.007 electric, which has already completed its first test runs. Subsequently, all ZSSK locomotives and DMUs except of Class 240 and 350 locomotives are to be painted according to the new scheme.