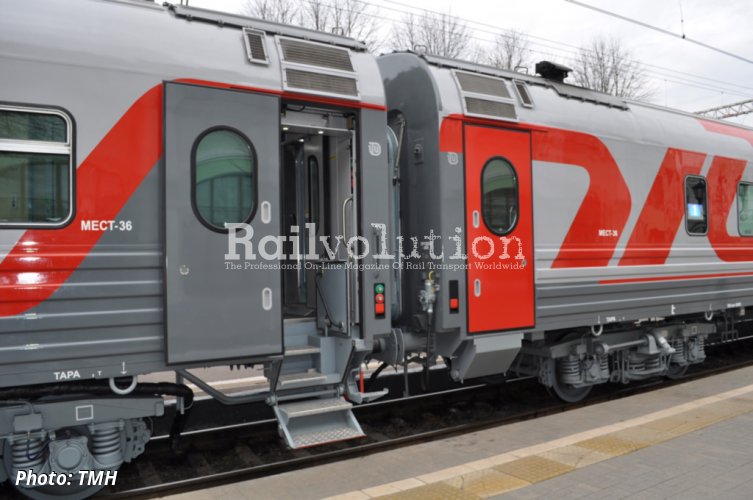 On 5 March 2021, TMH signed the contracts with YuKZhD (Yuzhno-Kavkazskaya zheleznaya doroga, South-Caucasian railway), a RZD subsidiary which carries out railway transportation in Armenia, for the supply of 27 passenger cars and two Class EP2D EMUs.

The new cars will be built at TVZ, and the batch will formed by the 21 Model 61-4517 compartment cars (with double- and four-seat compartments) and six Model 61-4516 „platskartny“ (non-compartment) cars. It is expected that they will be used on the international services between Armenia and Georgia.

The two two-car 3 kV DC Class EP2D EMUs will be built by DMZ and are destined for the Yerevan - Gyumri services. Currently, one two-car EP2D, purchased in 2018, operates in the YuKZhD fleet.

Passenger cars are scheduled for delivery in May and June 2021, the new EMUs until 1 August 2021.