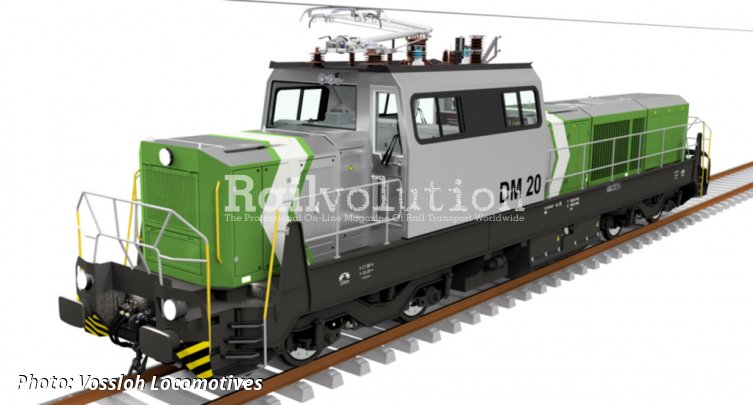 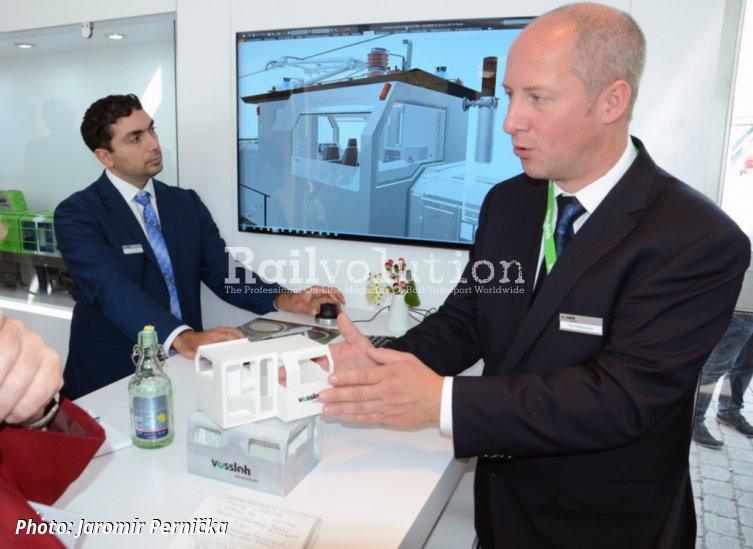 Northrail GmbH, which belongs to the Paribus Group, will be handling the asset management and leasing out the new locomotives. The first DM 20-EBB locomotives are scheduled for delivery in mid-2024, at which point Northrail is expected to be the first and only lessor in Europe to offer its customers new battery-electric shunting and mainline locomotives. Initially the Type DM 20-EBB will be designed for use on the rail networks of Germany and the Netherlands. It is based on the DM 20 platform, which is capable of accommodating different drive modules.

The new locomotive will have no diesel engine, so in order to power its traction motors it will draw electric current from either the overhead wire or an on-board battery. With a capacity of 350 kWh, the battery can generate 500 kW power at the wheels. When powered by electricity from the overhead wire, the locomotive delivers 2,500 kW power to the wheels in the 15 kV 16.7 Hz AC mode and 1,500 kW in the 1.5 kV DC mode. We asked the manufacturer what the locomotive's operation range (km) in battery mode will be, what is its maximum speed and maximum axle-load.

On 5 July, Vossloh Locomotives answered us: "The locomotive weight is 90 t and the axle-load 22.5 t. This variant of the DM 20-EBB will be homologated for 100 km/h. Regarding locomotive's operation range (km) in battery mode, as you know this depends on different factors, such as operating mode, route profile, trailing load and the actual environment. Therefore, we always speak about the 'installed power'. With a capacity of 350 kilowatt-hours, the battery of this locomotive can generate 500 kW power at the wheels."

Bernd Hoppe, Vossloh Locomotives Executive Director, said: „The hybrid drive concept makes completely emission-free railway operations possible for numerous applications. With this full-service framework agreement which we have signed supplementary to the locomotive supply contract we are implementing a comprehensive principle of condition-based maintenance (CBM) to a locomotive.“

A feature of the project is that Paribus Rail Investment Management and Northrail were instrumental early in the design phase. By working closely with Vossloh Locomotives and CRRC ZELC, customer requirements regarding trailing loads, application profiles, route profiles and speeds as well as a maintenance concept and performance optimisation could directly be taken into account. Northrail will be accompanying the entire process all the way from design engineering to completion of the new locomotives, and it will also be handling the leasing of the new locomotives to leasing customers.

The idea of a dual-mode DM 20 locomotive (diesel/electric) made its first appearance, in model form, at InnoTrans 2010. The concept then evolved into a DM30, with a larger cab, shown in model form at InnoTrans 2012, but never materialised. Meanwhile, in 2017 it was decided to revive the DM 20 project and restyle the proposed locomotive, and at InnoTrans 2018 Vossloh showed its new images.

The reworked DM 20 has a substantially redesigned cab, longer than that on the 2010 proposal, and is fitted with catwalks around its bonnets. In both proposals the pantograph is cab-mounted. Up to four DM 20s were designed to be able to operate in multiple, and remote control will be an optional extra, as will automatic couplings and on-board ETCS.

In 2018, Vossloh Locomotives stated: „The concept received an excellent feedback from today’s clients, who understand this product to be the real long term innovative locomotive for making a step change in local freight operations.“ The prototype DM 20 was expected to be built during 2019. It was planned then to get it authorised for use not only in Germany, but also in Austria, Switzerland, Luxembourg, Denmark, Sweden and Norway.

Now, the order for up to 50 new DM 20-EBBs is the big news of Vossloh Locomotives in around one year after the manufacturer was taken over by CRRC on 29 May 2020. The Type DM 20-EBB will also represent the very first (in fact) electric locomotive of this Kiel-based manufacturer in its history. It should also be noted that with 50 locomotives, this is the largest CRRC order in Europe so far in terms of number of vehicles.