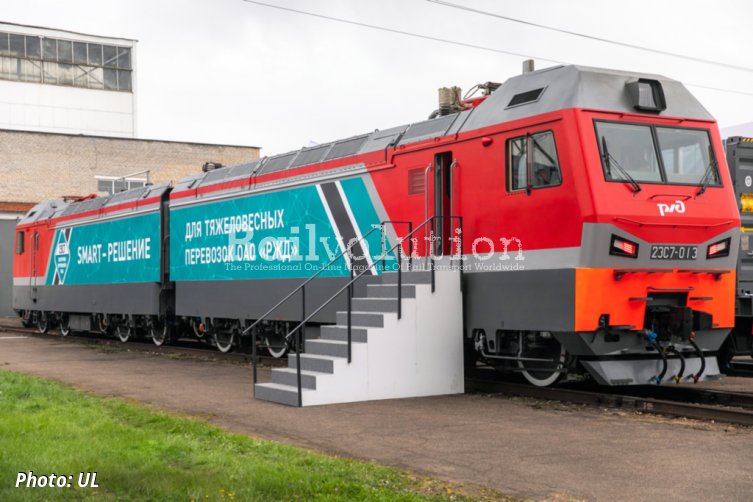 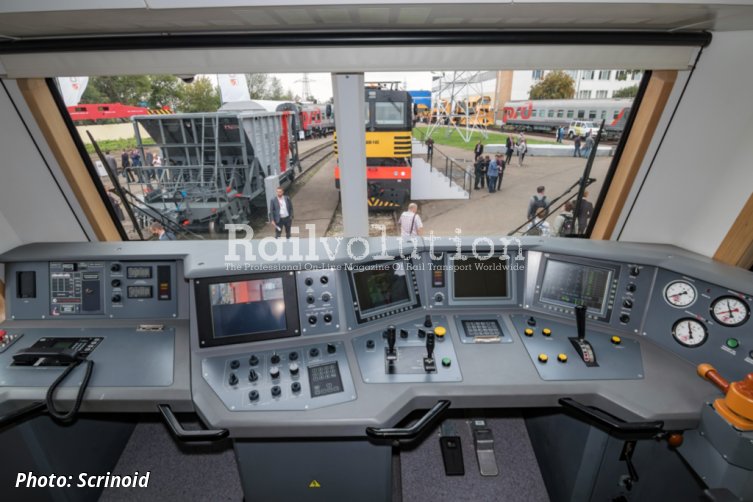 UL brought to Shcherbinka its locomotive 2ES7-013 (in 2019 this 25 kV 50 Hz class was represented by 2ES7-003). Locomotive 2ES7-013 left the factory in January 2021 and was subsequently used for the Class 2ES7 recertification since March in order to renew the certificate of conformity with the requirements of the Customs Union Technical Regulations TR TS 001/2011.

This was a test run under the Gorkovskaya doroga programme to introduce heavy trains weighing up to 12,600 t to improve line capacity; by way of comparison, the standard maximum weight of freight trains on the RZD network is currently 6,300 t. To run double rakes, the Class 2ES7 has the ability to operate two locomotives from one driver's cab, regardless the position of the locomotives in the train.