Roll-Out Of The First TGV M 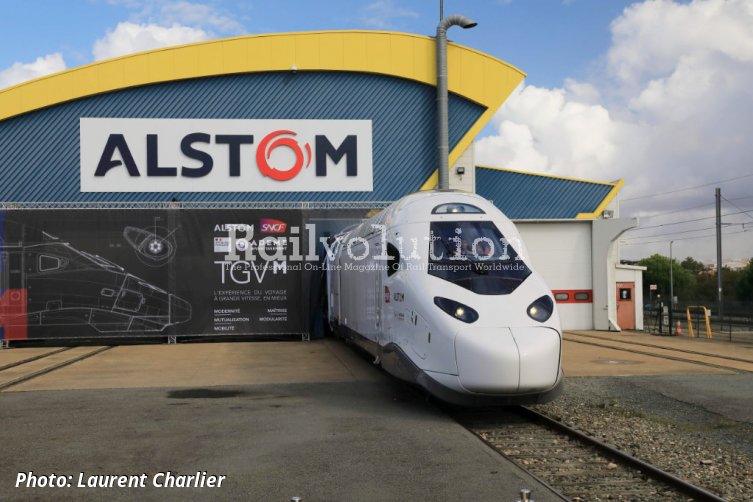 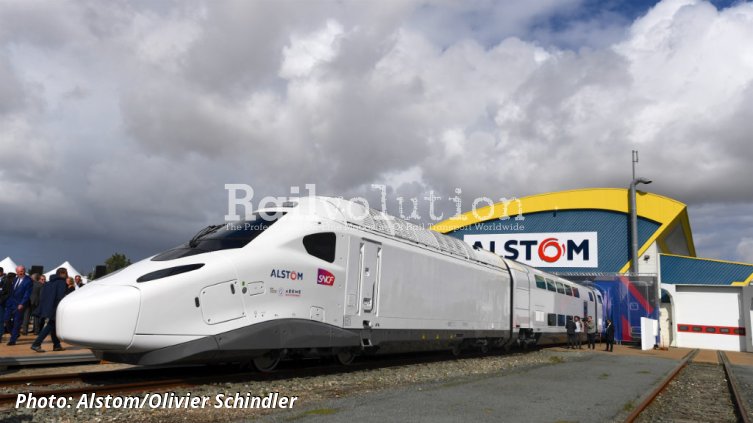 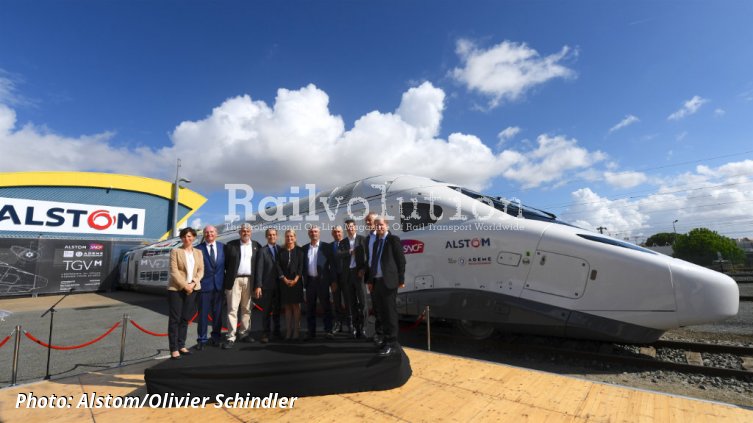 On 9 September 2022, Christophe Fanichet (Chairman and CEO of SNCF Voyageurs), Alain Krakovitch (Director of TGV-Intercités), Xavier Ouin (Industrial Director of SNCF Voyageurs) and Jean-Baptiste Eyméoud (President, Alstom France) unveiled the production line of the TGV M trains in Alstom's La Rochelle works, after coupling together the power end cars and passenger cars of the unit 997. The interior fittings have not yet been presented to the public nor to the media.

The TGV M is scheduled to run on the national network from 2024. An order has been placed for 115 units (100 domestic and 15 international) and the train will be used for both the INOUI and OUIGO TGV services. The next major step will be the dynamic test phase at 200 km/h at the VUZ Velim centre, which will start in October 2022. This opens the first chapter in a long period of testing for this high-speed train.

The comfort of the seats will be tested by a representative sample of people in order to gather their feelings and make adjustments if necessary. The car dedicated to people in wheelchairs has several innovations. Work is continuing with the associations to finalize the technical adjustments and the choice of signage. Attendants and maintenance teams are also involved in this process, in order to identify changes in the way they work. The bar car has been completely redesigned. For this reason, Alstom is starting specific work to adapt the catering offer to this new space.

In the TGV M development also ADEME is involved. It stands for Agence de l'environnement et de la maîtrise de l'énergie, a French public service created in 1991. It is also known as the Agency for Ecological Transition. In 2015, the French government announced the creation of SpeedInnov, a joint venture between Alstom and ADEME under the Programme d'Investissements d'Avenir (PIA) to develop the future generation of high-speed trains.

Alstom subscribed to a capital increase in SpeedInnov joint-venture in an amount of 27 million EUR in June 2020, increasing its stake from 71 % to 74 % with no change in the consolidation method (Joint control). Alstom applied SpeedInnov research and development effort on the very high-speed trains Avelia Horizon range, resulting in the first delivery for test on tracks on Amtrak project in the USA.

The new features of the TGV M, as well as its technical specifications, are different from those of the current current fleet, leading SNCF Voyageurs to deploy an operating program involving all the Group's players.

All TGV operating processes need to be modified, whether related to driving, traffic supervision, train preparation in stations, or to parking, depots and cleaning. This is linked, for example, to the fact that the TGV M will have 9 passenger cars instead of 8 like the current TGVs. Or to the fact that the majority of the interfaces in the driver's cab have been digitized.

TGV M is the first TGV which, from the outset of its design, has been designed in close collaboration with associations for people with reduced mobility (notably wheelchair users and the visually impaired). It will be the first TGV to offer fully independent access to the train. A pivoting lifting platform will allow wheelchair users to access the train independently, right up to the room reserved for them, and a sound system to locate the doors will guide visually impaired people when they board.

For the first time, drivers were involved in the design of the driver's cab. Using virtual reality goggles, a hundred drivers were given a virtual tour of the cab, with a choice of 3 space designs. The comfort, space and ergonomics of the driver's cab have received a lot of attention. Indirect lighting has been introduced and controls have been positioned to facilitate work gestures.

Major investments have been made in the TGV maintenance Technicenters to make their facilities compatible with the TGV M and to install automated maintenance benches that can check several hundred parts of a train in a few seconds.

In these Technicenters, the new predictive maintenance concepts, based on the use of the thousands of data from the TGV M, promise to bring TGV maintenance into a new era. The technical data will provide clear, reliable and high value-added information, making it possible to anticipate breakdowns in doors, air conditioning systems and, in general, all the systems that contribute to train operation and passenger comfort.

A detailed analysis of the compatibility of the TGV M with the network and stations is being carried out throughout France. It consists of ensuring that the new train is properly registered at all points on the network and in all stations. This analysis is used to identify the adaptation work that needs to be carried out, the procedures that need to be modified and the changes that need to be made in terms of passenger flow management.

For example, the surveys already carried out in nearly 70 stations show the need to move stop signs to make it easier for drivers to see the signals when the trains are on the platform. This is linked to the nose of the TGV, which has been lengthened to make it more aerodynamic.

To make a success of this major innovation project, Alstom has rethought its  manufacturing process in a standardization and lean manufacturing approach. Investments of nearly 50 million EUR have been made in new production lines ensuring the safety of operators and the ergonomics of workstations, as well as industrial efficiency and the simplification of assemblies in order to make the solution competitive.

Ten of the sixteen Alstom sites in France are involved in the design of the new train:
- Belfort for the power cars,
- La Rochelle for the carriages (studies, industrialization, purchasing, manufacturing and testing of passenger carriages), logistical and service support, and project management,
- Villeurbanne for the computerised control and command system, passenger information and on-board equipment,
- Ornans for the traction motors,
- Le Creusot for the bogies,
- Tarbes for traction equipment,
- Toulouse for the electrical circuits,
- Petit Quevilly for the transformers,
- Saint-Ouen for design and signalling,
- Valenciennes for the study of the interior design elements.
In total, 4,000 jobs will be generated by this project in the French rail industry.