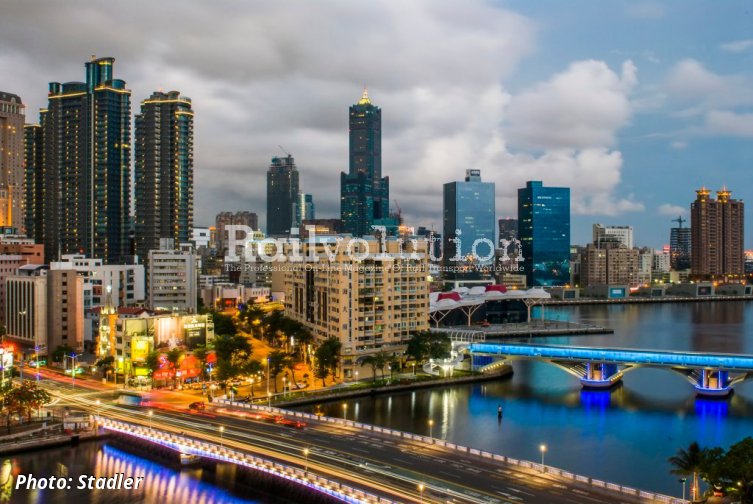 Stadler has won its first metro tender in Taiwan. On 29 August 2022 the Kaohsiung City Mass Rapid Transit Bureau has awarded a consortium of ST Engineering, Singapore, Stadler, Switzerland, and Siemens Mobility, Germany, to provide turnkey rail services for the new Kaohsiung MRT Yellow Line. As part of the project, Stadler is to deliver 25 fully automatic operated metro trains, which will be produced at the plant in St. Margrethen.

The consortium of ST Engineering, Stadler Rail and Siemens Mobility will develop and build a full new metro line in the Taiwanese city of Kaohsiung. ST Engineering will be responsible for providing rail electronics solutions and above-ground train depot design, construction and equipment fit out as well as serve as the overall project management and systems integration lead, Stadler will provide the trains while Siemens Mobility will supply the CBTC system.

With a population of 2.72 million, Kaohsiung is Taiwan’s third most populous city and the economic center in the south of the country. After the Red Line and Orange Line were opened in 2008, the new Yellow Line comprises 22.8 km of mostly underground tracks and 23 stations with links to the existing lines, a light-rail system and mainline railway stations, connecting the city's six key districts, universities and schools. Once completed, it will provide sustainable, save, comfortable, fast and very reliable public transport for more than 40 % of the city’s population.

Ansgar Brockmeyer, Deputy Group CEO at Stadler, said: “The supply contract over 25 medium-capacity 3-car metro-trainsets for the Kaohsiung MRT Yellow Line marks a premiere for Stadler in the Asian metro market segment. The metro trains will be operated driverless and fully automatic (GoA4). Additionally, they will be specially designed for the tropical and subtropical climate in Taiwan with a high humidity of up to 100 % and extreme temperatures of up to +45 °C”.

This new order further strengthens Stadler’s presence in the fast-growing metro market segment. In the last years, Stadler has won major metro projects in Spain, Germany, UK, Belarus and USA with a total of more than 600 trains.

For Stadler it is the second major rolling stock contract in Taiwan. In November 2019 TRA (Taiwan Railways Administration) had signed a contract for the supply of 34 six-axle narrow-gauge diesel-electric locomotives. The first of them will be delivered in 2023.