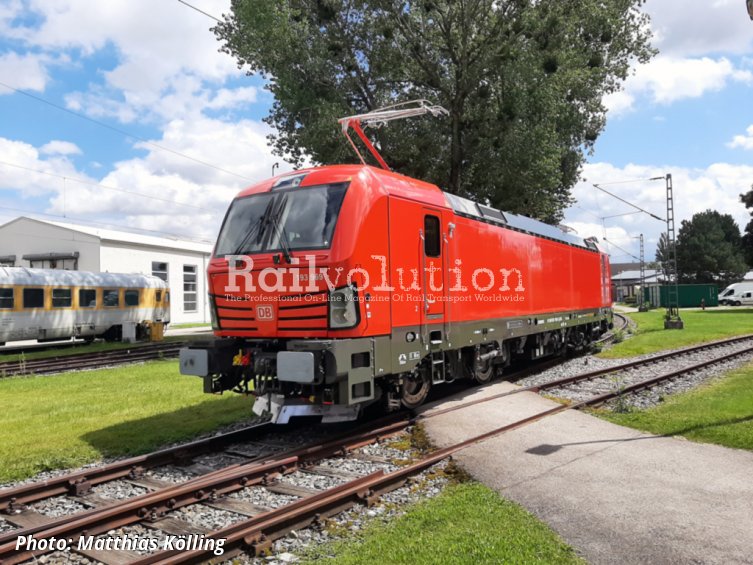 On 4 August 2021, Siemens Mobility has delivered a Vectron AC locomotive, 193 969, from its München-Allach works to DB Systemtechnik. It has a takeover date of 23 July 2021 and a classic DB red design, which will be later complemented by DB Systemtechnik's logos and inscriptions on the bodyshell.

The machine with a top speed of 200 km/h is currently approved for operation only in Germany. Following its commissioning, Vectron will start various test runs, which will also include the ETCS trackside acceptance runs. For these the locomotive is equipped with an on-board ETCS Level 2 Baseline 3.

DB Systemtechnik has three fast electric locomotives in its own fleet. However, in August 2021, only one of them - 120 125 - was in service, as 101 020 had a fault on the traction transformer and Taurus 182 506 had faulty capacitors. However, both are due to be repaired as soon as possible. In the meantime, DB Systemtechnik has hired three other electric locomotives to cover all requests for tests runs.

Even so, at the latest after the mileage for the necessary repairs at the end of 2023, locomotive 120 125 is to be taken out of service, which is why a completely new Vectron was purchased.