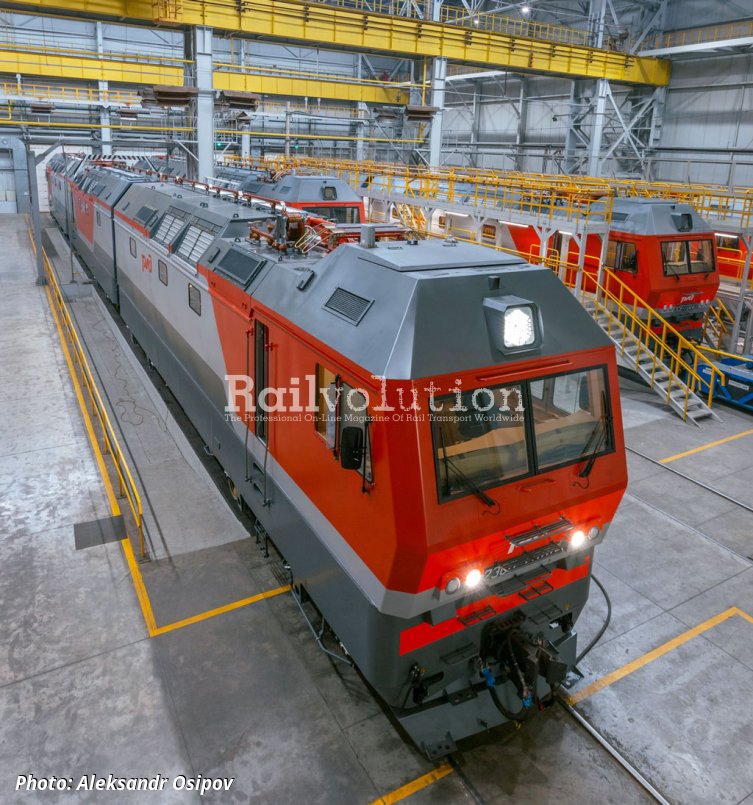 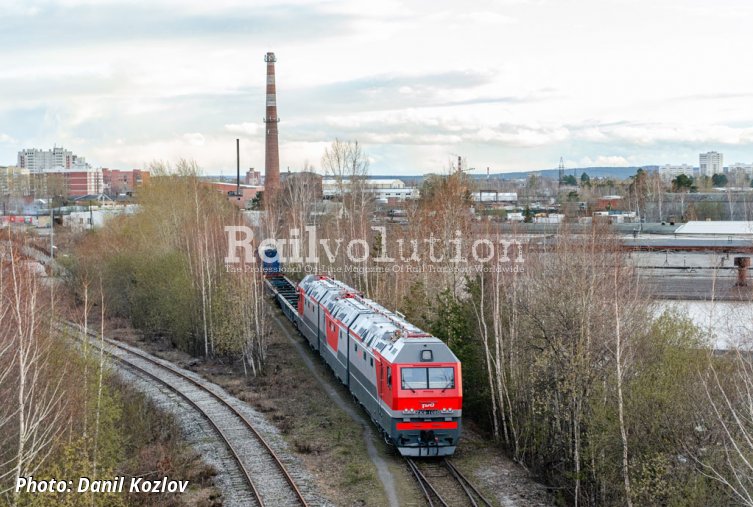 In mid-March 2020, the production of a booster (a middle section without a driver's cab) for the Class 2ES6 locomotive was started at the UL works of Verkhnyaya Pyshma. After the completion of the bodyshell and the production of bogie components, the booster final assembly started in April. Following its completion the first booster was incorporated in the two-section locomotive 2ES6-1080.

Originally, the locomotive 2ES6-1008 was to be equipped with a booster, but this has changed. In addition, the inventory number of this very first three-section Sinara was advanced in respect of the current production numbers, as only the 2ES6-1059 locomotive was completed by early June.

In the second half of April, the first tests of 2ES6-1080 were carried out at UL. Then, in late April the locomotive was sent to the Belorechenskaya - Maykop test section, where the VNIIZhT testing institute performed certification and type tests with until 10 June. After them, the locomotive was moved to the VNIIZhT centre in Shcherbinka. Following the completion of the tests and the issuance of the conformity certificate for the Class 2ES6 with booster, which is expected in August 2020, 2ES6-1080 will be handed over to RZD. Following the completion of the certification process, planned for 2020, UL will be able to enter batch production of the three-section Class 2ES6s.

This is the first such significant change at the Class 2ES6, the prototype of which was unveiled on 1 December 2006, at the then UZZhM (Uralsky zavod zheleznodorozhnogo mashinostroyenia), which belonged to the Gruppa Sinara, Ekaterinburg, and is now Uralskie lokomotivy, formed together with Siemens in 2010.

The Class 2ES6 locomotives are used on the railways of central and northwestern Russia, the Urals and Siberia, where they haul trains weighing up to 8,000 tons in flat sections and weighing up to 5,000 tons in sections with a gradient of up to 10.5 ‰. The three-section Sinara will increase these weights by 25 % to 10,000 t and 6,300 t. However, the locomotive is even ready to be fitted with two boosters, which would mean hauling rakes of 12,500 t on the flat sections and 7,100 t on slopes up to 10.5 t ‰. Until now, only the Class 2ES10 Granit locomotives, which have an asynchronous traction equipment, were produced by UL as (also) three-section locomotives.