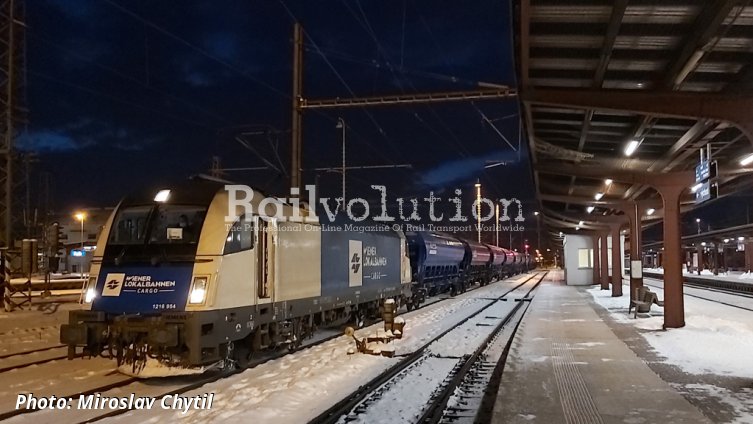 In February 2021, Wiener Lokalbahnen Cargo (WLC) expanded to the Czech network, this being the third country in which it operates under its own license, following Austria and Germany.

The premiere took place on 11 February 2021, when WLC crossed the country via the Děčín - Břeclav transit corridor, hauling a train of urea on the Lutherstadt Wittenberg - Krems an der Donau route, using its own Taurus 1216 954 whole the way. On 15 and 16 February, a return run with the empty train followed.

WLC had so far provided haulage for this train on the Austrian and German territory and from now on, the operator will realise these regularly whole the way. Furthermore WLC plans to be active on the Czech network with more transit trains, en route between Austria or Hungary and Germany.