Will Leo Express Expand Its Activities In Germany? 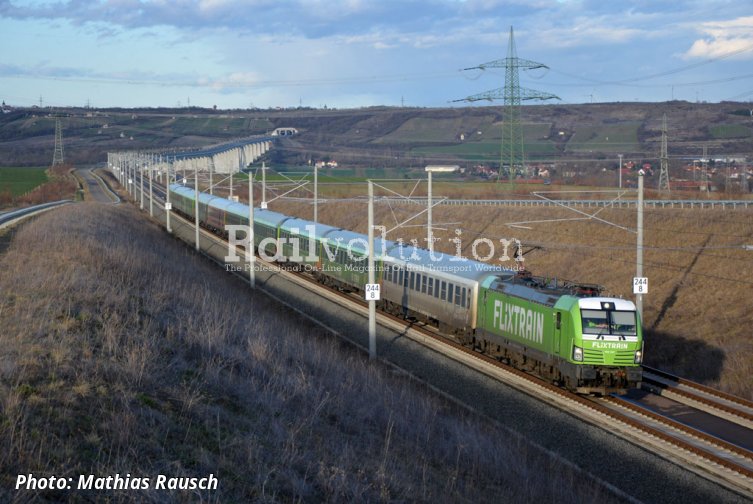 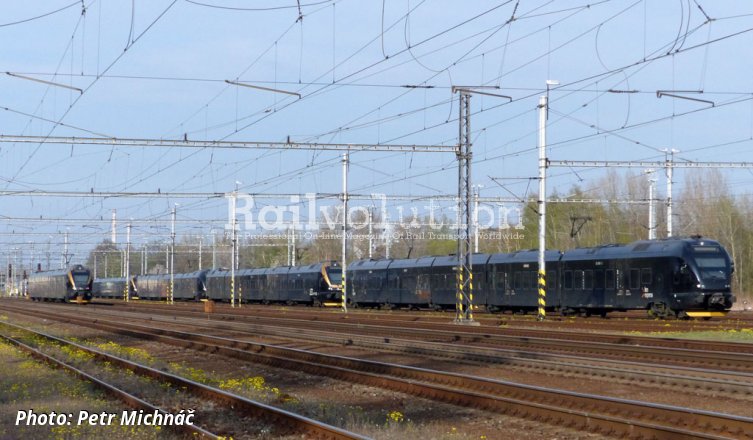 Leo Express is one of the operators affected by the drop in rail passenger transport due to the coronavirus crisis. However, the situation is complicated not only in the Czech Republic, but also abroad. As is well known, Leo Express GmbH, the German branch of LE, operates FlixTrain services on the FLX 10 Berlin - Stuttgart line. This has been happening since August 2017 and these are services that were originally introduced by the then new operator Locomore and which have been under the FlixTrain brand since 26 April 2018.

However, on account of the COVID-19 pandemic, FlixTrain stopped operating its trains on 19 March 2020, provisionally by the end of April. At the end of the month, its website informed „the FlixTrain service will be paused until further notice". Meanwhile, around mid-April, it became known that the collaboration between FlixTrain and BahnTouristikExpress of Nürnberg (BTE, a subsidiary of the American Railroad Development Corporation, RDC) had ended.

BTE had so far operated trains on the FLX 20 Köln - Hamburg and FLX 30 Berlin - Köln lines, including the provision of vehicles and personnel. According to BTE Managing Director Markus Hunkel, the reason was „a significant change in FlixTrain's position on the previous partnership agreement associated with a number of new conditions, including issues related to our own value-added share, vehicle fleet and operating costs. Unfortunately, FlixTrain was not willing to compromise, so ending the cooperation was inevitable.“

FlixTrain commented for us: „We are sorry that RDC will not remain our partner, and we would like to thank them for its cooperation over the last two years. FlixTrain is already in close contact with the rail operators and plans to offer the Köln - Hamburg and Köln - Berlin services again to passengers as soon as the travel rate, which is now low due to the COVID-19 crisis in Germany, increases accordingly.“

Despite repeated attempts, we have not been able to obtain a specific example from BTE of those changed conditions. So, although the termination of cooperation with BTE may have been surprising, similar cases can be found elsewhere - for example in the termination of RegioJet's cooperation with GKB in Austria in December 2019 (coincidentally also after two years) and its replacement by WESTbahn from the 2020 timetable.

On account of the described situation at FlixTrain, we asked a few questions to Leo Express:

2) If so, on what date? Have you been exposed to similar attempts for condition change by FlixMobility as suggested by BTE?

3) How would the cancellation of cooperation with FlixTrain affect your economic results? Or more precisely, what percentage of your annual turnover would be lost?

4) Thanks to the experience from Germany presented by your company, will you develop your own open access activities in this country?

We then received the following statement: „Germany is one of the most promising markets in which Leo Express operates. As the only alternative operator, we have managed to establish ourselves in four markets within the European Union, and now we are training other Czech staff, especially train drivers, who should work in Germany. Thanks to the high quality and reliability of the services provided in Germany, we are working to expand our engagement in transport activities, where we are in negotiations with regional authorities. In the area of ​​commercial transport, we have several approved licenses and we will closely monitor the market before deciding to launch more lines. Unfortunately, we can't divulge anything more, because it's a trade secret.“

It can be assumed that negotiations with FlixTrain on „post-covid“ operation are as difficult as those with BTE, but FlixTrain said in its response to „FlixTrain and Leo Express continue to work together“ (although perhaps another question would be how the current conditions are set if BTE did not find the new conditions good).

FlixMobility applies the same model to the railways as to its long-distance buses, i. e. that it does not operate the trains itself, but has them operated by the contractual partners and only carries out ticket sales and marketing itself. Finding another operator instead of BTE may face some difficulties, as not every company in the market has a free number of suitable carriages that could be provided quickly for FlixTrain services (BTE has around a hundred passenger cars at its disposal and also operates its own trains, with which it wants to continue). And not every company has enough free train staff. Or rather the opposite - few operators in Germany normally have enough staff, let alone a surplus.

If we start from FlixTrain's statement about the continuation of cooperation with Leo Express and especially if we combine it with LE information „we are now training other Czech staff, especially the drivers, who should work in Germany“, it would offer a possible option to replace BTE by Leo Express on the FLX 20 and FLX 30 services. This would be a convenient solution for both parties, as they have been working together on the FLX 10 line for the third year in a row, and LE in particular would achieve the desired aim to expand its activities in Germany.

Provision of the carriages remains still a question, on the contrary, with locomotives there will probably be no problem in this respect, as these are/were provided for FlixTrains by way of rent. So it remains to be seen whether the above scenario will become a reality or whether another solution will emerge, and then also how Leo Express's situation will develop overall, as the signals sent by this operator do not offer much optimism.

In addition to repeated statements to the Czech media about the need for state aid (although this makes sense), an interview to IRJ is worth noting, with Peter Köhler, Leo Express Director of Strategy and Development in early April stating that „Leo Express was operating at around 10 % of its normal service capacity and carrying just 5 % of usual passengers. Obviously, we can sustain it for a month or two, but not longer.“ Although the interview was later modified, LE telling that it was a misunderstanding by the editors, there is a certain hint of the operator’s situation.

After all, for example, even the (new) negotiations on the entry of a strategic investor, which LE announced last December, have evidently not yet moved to the desired result, which probably also says something. Instead, around mid-April 2020 speculation (again) began to emerge that ČD was considering joining Leo Express or even allegedly taking over it. Of course, it cannot be ruled out that such an idea could have been born somewhere, when it was already mentioned in 2018.

However, in reality, it is quite difficult to imagine that a rational and economically thinking manager could conclude that the advantages of this step would outweigh the disadvantages. Enough just to remember that in the period before COVID-19 the economic situation of LE was not exactly the best (basically the similarity with the Austrian WESTbahn can be seen) and that the operator drags a „boulder“ of CRRC-built Sirius EMUs, whose authorisation date is uncertain from the beginning... LE is now trying to correct its overly optimistic data that the approval of its Class 665 EMUs will be complete in the summer of 2020 (of course, with reference to the coronavirus), but even under earlier, normal conditions this authorisation was a long-distance run, estimated at two, maybe even three years...

So why should ČD be interested in paying for a takeover of a competitor right now instead of waiting for some time for its situation to crystallise itself? Even the consideration of acquiring five Leo Express’s FLIRT EMUs in the ČD fleet in this way is not exactly ideal, although last year LE refinanced them in connection with a reduction in the volume of annual installments, but also with an extension of the repayment period. For ČD, there are probably other, more convenient ways to buy modern EMUs. And then it is also necessary to ask what sense it would make for ČD to participate in some way in the leasing activities of Lint DMUs/railcars in the Czech Republic, with which LE started last year.

So we can only wait for what the coming months will bring in all the matters described above.

A full description to the second photo: Under normal circumstances, it is impossible to take a photo of the entire fleet of LE EMUs at once; the last time this happened was during deliveries and tests of the Class 480, when all five FLIRTs visited the VUZ Velim test centre. Now it was the opportunity to do so again, however, not as pleasant as in 2012 ... Even the livery of some trainsets does not look as elegant as before, but COVID-19 has nothing to do with it, because it is a new LE corporate identity ... The photo taken on 17 April 2020 shows 480.002, 005, 004 and 001 in Bohumín, while 480.003 passed on the left as the LE 1257 Praha - Bohumín service. At that time, the operator offered only one pair of its open access trains between Prague and Bohumín. Due to a slight increase in interest in traveling at the end of April, Leo Express also (re)introduced one train pair on the Praha - Staré Město u Uh. Hradiště line since 1 May.