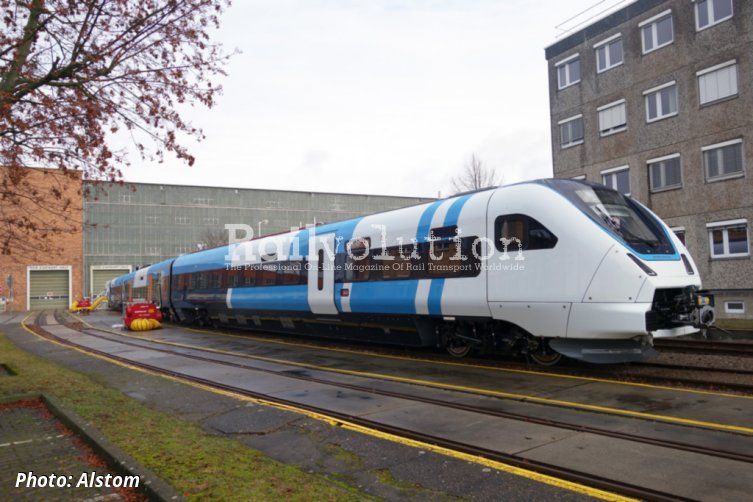 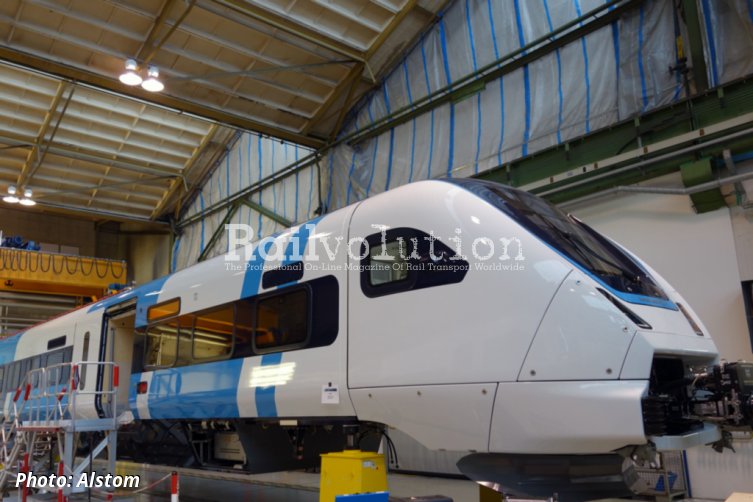 Alstom (Bombardier Transportation) continues with the production of ZEFIRO Express X80 EMU for Swedish public transport operator Västtrafik. In total, 45 of these 200 km/h three-car EMUs are on order.

At present, there are five trains complete following the final assembly at the Hennigsdorf works, using the bodyshells delivered from China. All units are now in the initial testing phase, consisting of extensive quality inspections, routine tests and type tests. The tests are mainly done at Hennigsdorf, but the first train, 80 001/002, has been transported by RailAdventure to Minden for tests in a climate chamber on 10 August 2021.

In the first phase, five pre-series ZEFIRO Express EMUs will be produced for testing and authorisation. The first unit is expected to be delivered for test to Sweden in the second half of 2021. The remainder of the batch should follow by 2024.

The trains wear also the Västtåg logos, because since 12 December 2010, Västtåg has been the brand for the regional train lines for which Västtrafik is responsible in western Sweden. (Since December 2015, Göteborg's commuter train lines are also included in this brand.)