224 km With FLIRT AKKU In A Battery Mode 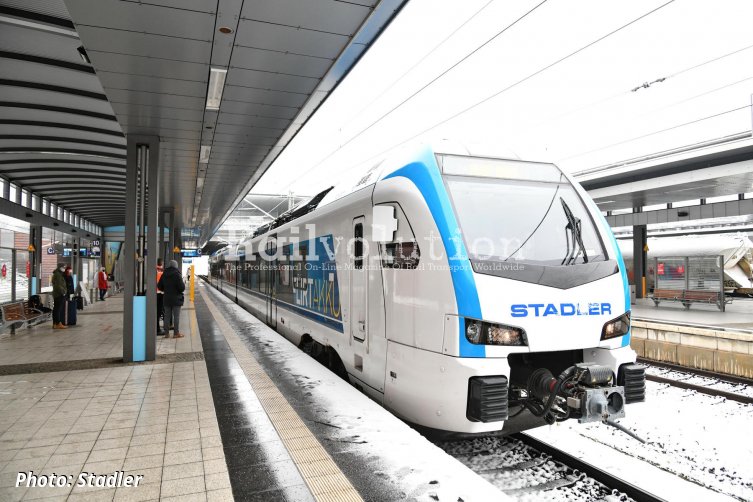 On 22 December 2021, Stadler has set the record to be officially entered in the Guinness Book of World Records for a BEMU run in battery-only mode. Travelling from Berlin-Gesundbrunnen  to Warnemünde accompanied by independent technical consultants, the FLIRT AKKU  reached a range of exactly 224 km at wintry temperatures around freezing point without charging its batteries from an overhead line or other external energy source.

The three-car unit 1427 000 A has been developed by Stadler since 2016 and approved by the EBA in 2018. Since then the FLIRT AKKU demonstratort has travelled around 15,000 km in battery-only operation.

Evelyn Thiel, FLIRT AKKU Technical Project Leader, said:  „We designed and calculated the vehicle for an operational range of 80 km, depending on the route requirements of the respective network. But on various test runs, we were able to realise significantly greater ranges, so that we even dared to attempt the world record at wintry temperatures. The vehicle had already had to cope with various scenarios like making up for unplanned delays on the route or operating under extremely hot or cold weather conditions.“