30th Anniversary Of The First High-Speed Trains In Spain 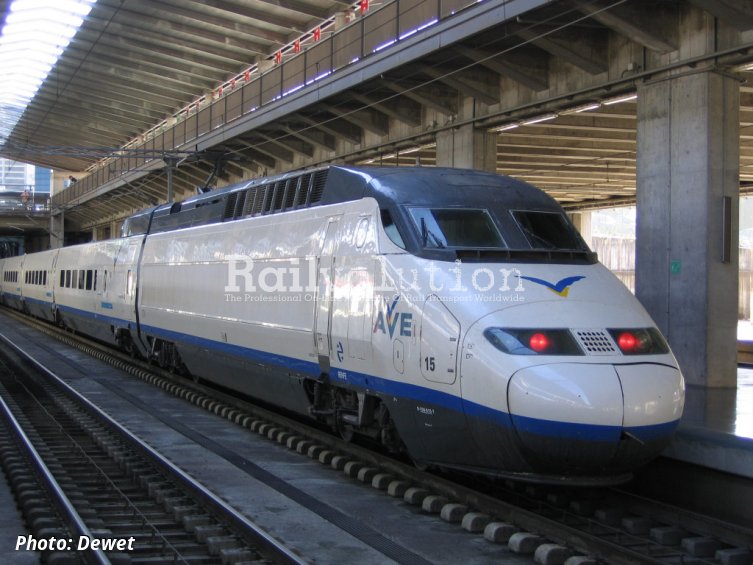 This week Alstom in Spain celebrates the 30th anniversary of the arrival of high-speed trains in the country, an event in which the company played a special role. In April 1992, the Renfe's Series 100 train traveled on Spanish lines and was the first train to run at more than 300 km/h. This high-speed train was designed, built and maintained by Alstom. This HST (called AVE in Spain) was also the first railway system in the world to make a punctuality commitment to passengers, with the promise to refund their ticket price if they had to wait more than five minutes.

Today, 30 years later, Alstom is still a key player within the Spanish railway industry. Alstom has been a pioneer, not only with the introduction of the first AVE high-speed train, but also with other major Spanish milestones such as the high-speed regional shuttles, the Mediterranean corridor, automatic driving systems, cutting-edge signalling technology, the return of the modern tramway, new electrification systems, multimodality intelligent management, the application of artificial intelligence to railway maintenance and more.

These technological advances have been accompanied by a strong industrial drive and development. In recent decades, Alstom has been expanding its presence in Spain, leading the transition towards more sustainable and innovative mobility. The Group, which has over 3,000 employees in Spain, is the only manufacturer and technologist with a local presence for all activities related to rail transport including signalling, infrastructure, train manufacturing, services and digital mobility.

The Madrid - Córdoba - Sevilla AVE trains have been in commercial service for thirty years, with an accumulated figure of nearly 85 million passengers. On 21 April 1992, one day after the inauguration of the EXPO Exhibition, the AVE Madrid - Seville ran its first commercial service, marking the debut of the high-speed train in Spain.

Since then, the volume of passengers on this service has tripled from 1.3 million users in that first year of operation to an average of 3.5 million passengers per year, compared to the usual services and seats available prior to the Covid pandemic. This data shows that the high-speed train has positioned itself as a mode of transport capable of generating demand and providing other competitive advantages, such as sustainability and energy and CO2 emissions savings over other modes of transport.