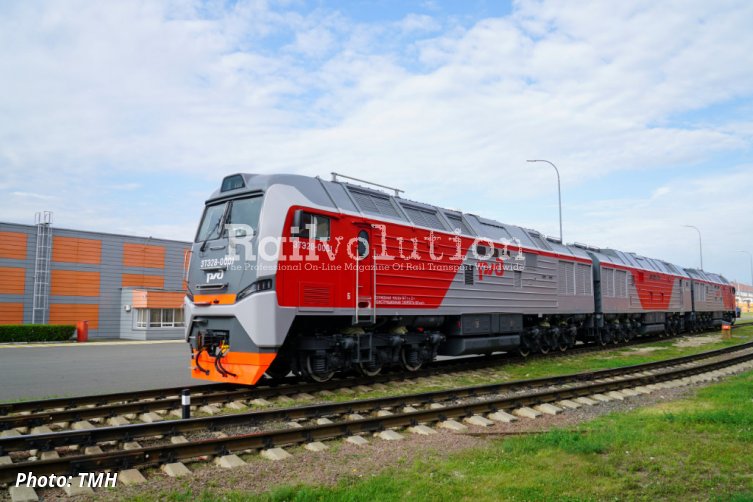 In mid-September 2022, a prototype of the Class 3TE28 locomotive started preliminary tests at the BMZ works according to the programme and methodology agreed with RZD. The final stage of these tests will be a 10,000 km trouble-free pilot run.

The 100 km/h locomotive is designed to haul heavy trains of up to 7,100 tons on the non-electrified sections of the eastern polygon of Russian railways. It  is equipped with a powerful Type 18-9DGM diesel engine developed by specialists of the TMH Engine Engineering Centre and manufactured at the Kolomensky zavod.

The 3TE28 was built as part of the development of heavy haul operation on the BAM. In addition, the locomotive is equipped with a new Type 18-9DGM diesel generator of TMH's own design. Nevertheless, at the moment, the present Class 2TE25KM and 3TE25K2M locomotives remain in production.

Compared to the 2TE25KM, the Class 3TE28 design features a number of technical innovations and a modified exterior in accordance with TMH's Brand-DNA concept. TMH states that according to calculations, the power of the new locomotive will allow for hauling trains weighing up to 7,100 tonnes. So far the locomotive is undergoing tests, it is premature to speak of its technical characteristics. They will be disclosed in future news releases.