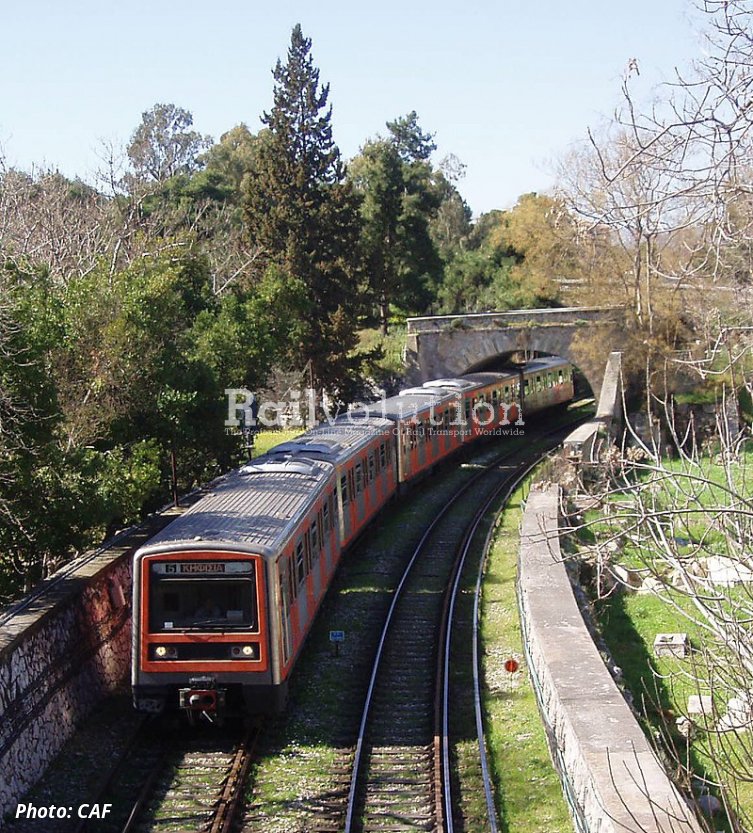 The operator STASY, in charge of managing transport in the city of Athens, has selected CAF to refurbish 14 metro units that currently run on Line 1 of the Greek capital's metro system. This project, with a tender budget totalling 70 million EUR, marks the first major contract for CAF in Greece.

Line 1 is the city's oldest metro line, known as the Green Line, which connects Piraeus with the neighbouring town of Kifisiá, to the north of the capital. The contract establishes a 34-month completion period for the refurbishment project. These units entered service between 1983 and 1985, and the intention is to update them so that they can continue to run efficiently for a further 25 years.

The scope of the work to be carried out will include CAF Power & Automation replacing the traction equipment, fitting new traction motors providing improved consumption efficiency, as well as updating various systems such as those related to braking equipment, vehicle access door control and passenger information systems. The project also includes improving train access and refurbishing the interior, as well as adding areas for persons with reduced mobility, all of which is geared towards improving passenger comfort and safety.

This project falls under the umbrella of the CAF's refurbishment business, an area of activity that has experienced growth over recent years with projects undertaken for the Medellín metro, Lyon metro, Paris RER A trains, as well as the contract awarded last November for the refurbishment of 23 Cairo metro units, in partnership with Mitsubishi Corporation, which also included the refurbishment of the line's new maintenance depot.