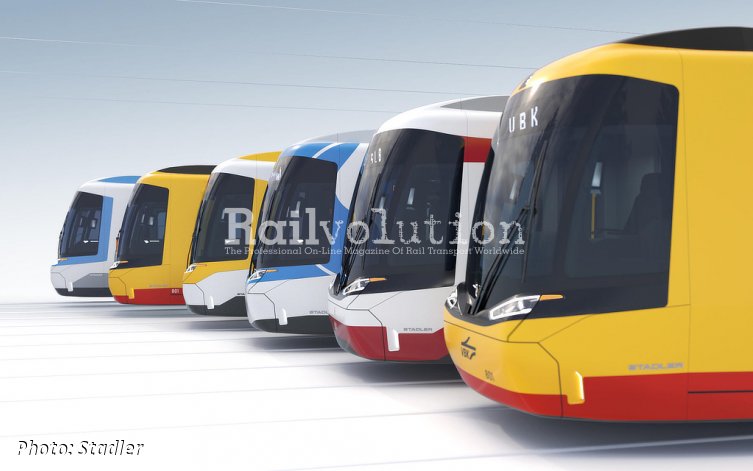 On 17 January 2022, Stadler announced that it has won an international tender by VDV-Tram-Train consortium for up to 504 CITYLINK vehicles. It is the largest contract in Stadler’s history, having a total worth of up to 4 billion EUR. Part of the framework agreement is a fixed order for 246 CITYLINKs worth of around 1.7 billion EUR. There is also an option for up to 258 more vehicles. In addition, the framework agreement also includes a maintenance contract lasting up to 32 years.

VDV-Tram-Train project is held jointly by six transport companies from Germany and Austria, consisting of Verkehrsbetriebe Karlsruhe (VBK), Albtal-Verkehrs-Gesellschaft (AVG), Saarbahn Netz, Schiene Oberösterreich, Land Salzburg (the State of Salzburg) and Zweckverband Regional-Stadtbahn Neckar-Alb. Over the next ten years, Stadler will produce 246 CITYLINKs for the six operators. The first four tram-trains will be delivered to the Saarbahn in 2024.

All vehicles will be three-car, their length, the number of entrance doors, the entrance and coupling height as well as the configuration of the CITYLINK versions will vary depending on the delivery location and the customer.

All will have certain features in common: they will be fitted with a HVAC for the passenger compartments and driver’s cab, and have spacious multi-purpose areas with two wheelchair spaces that can be flexibly configured. The tram-trains will be individually equipped to suit the place of use. For example, the CITYLINKs for AVG will have a toilet as well as facilities for bike racks, while Schiene Oberösterreich has opted for luggage racks as an extra feature.

Providing one type of vehicle for six operators is unusual. Thorsten Erlenkötter, overall project manager from VBK, explains: “On the project team, we spent hours developing a common set of specifications. We defined a standard with up to five further versions to meet the operator-specific requirements such as boarding height, coating and place of use.“ Verkehrsbetriebe Karlsruhe is in charge of the overall project management and, following the tendering phase, is now also coordinating the implementation of the project.

Taking into account the VDV-Tram-Train framework agreement, Stadler has now sold over 650 CITYLINKs in six countries.