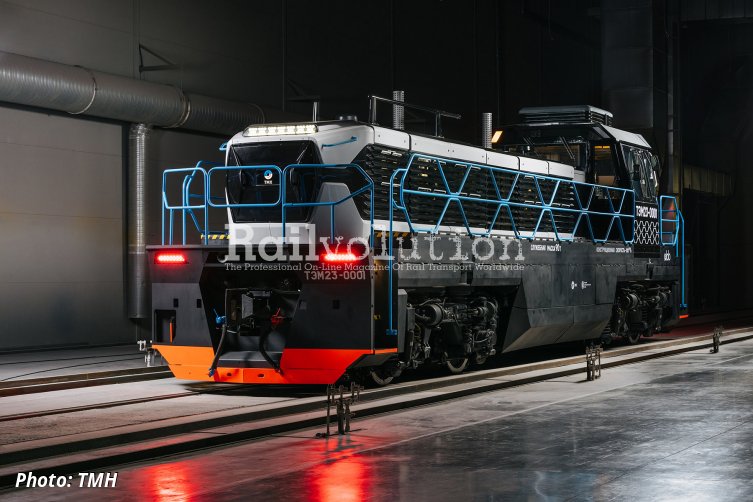 On 10 January 2022, TMH announced that it has won the international Good Design Award in industrial and graphic design for the second consecutive year. The 2021 award recognised the design concept of a four-axle two-diesel shunting locomotive TEM23.

Since submitting its application for the contest, the TEM23 concept has turned into a real product - one of the two BMZ-built locomotives created in the new TMH’s DNA brand. It should be recalled that the DNA brand concept itself also won this authoritative award - Good Design 2020. The Class TEM23 design was developed in partnership with 2050.LAB, Russia's national centre of industrial design and innovation.

In 2021, the organisers considered more than 1,100 projects from 55 countries. The TEM23 concept was recognised as one of the best in the Transport category. Other winners in this category include Ferrari, Hyundai, and Mitsubishi.

Good Design is a prestigious global competition for industrial and graphic design established in 1950. It is run by the Chicago Athenaeum Museum of Architecture and Design, and the European Centre for Architecture, Art, Design and Urban Studies.