Coradia iLint Shown In The Netherlands 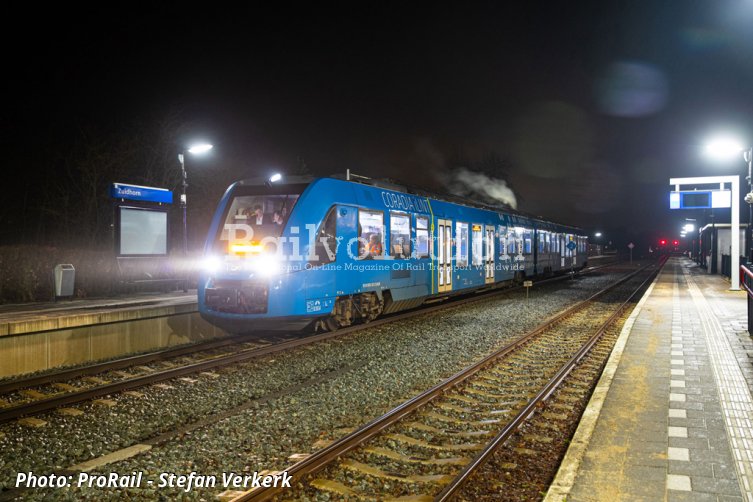 In October 2019, Alstom and the Province of Groningen, Arriva Nederland, the Dutch railway infrastructure manager ProRail and the energy company Engie signed a pilot project agreement to test the Coradia iLint HMU (Hydrogen multiple unit) in the Netherlands. DEKRA, an independent testing inspection and certification company, has been appointed test leader.

Now, Alstom has performed ten days of tests of the Coradia iLint HMU on the 65 km line between Groningen and Leeuwarden in the north of the country, these being realised at night at up to 140 km/h, without passengers. For this purpose, a mobile filling station has been located there by Engie with a sustainably produced hydrogen. On 7 March the Groningen station will welcome the press and public to discover the Coradia iLint between 12.00 and 16.00 h.

Alstom states that "these tests make the Netherlands the second country in Europe where the train has proven itself. They follow 18 months of passenger service on the Buxtehude - Bremervörde - Bremerhaven - Cuxhaven line in Germany, for which a batch of 41 Coradia iLints have already been ordered. The Dutch network has approximatively 1,000 km of non-electrified lines on which around 100 DMUs operate daily."