Elf.eu On Test On The Czech Public Network 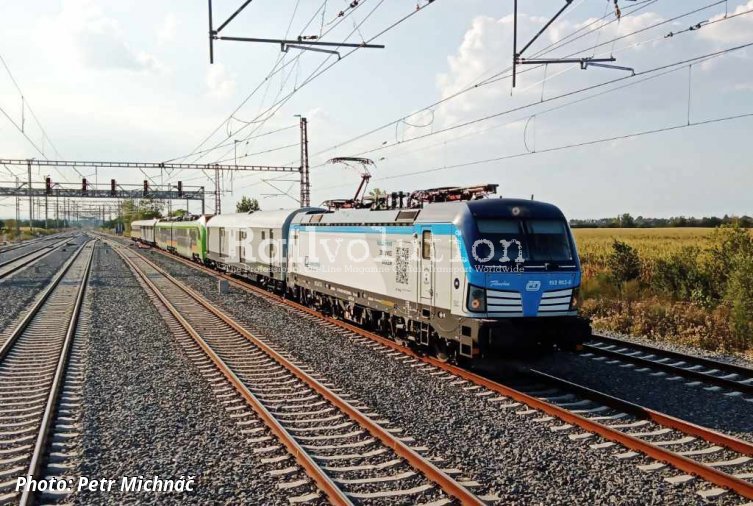 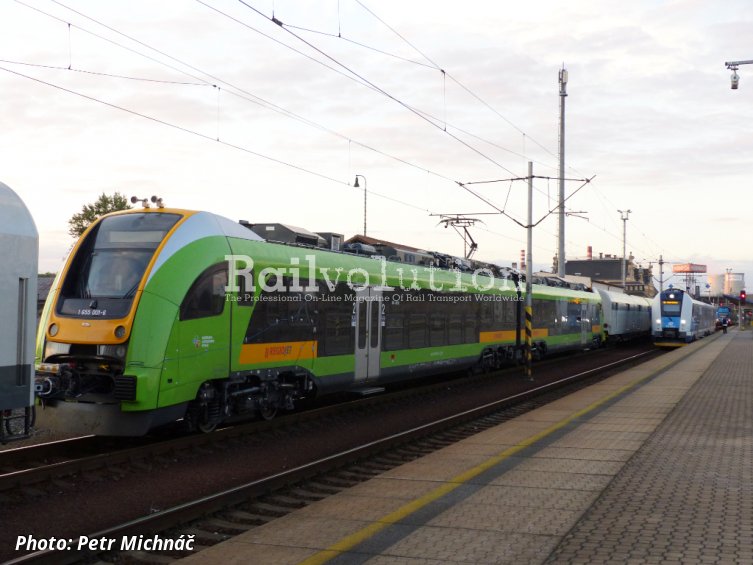 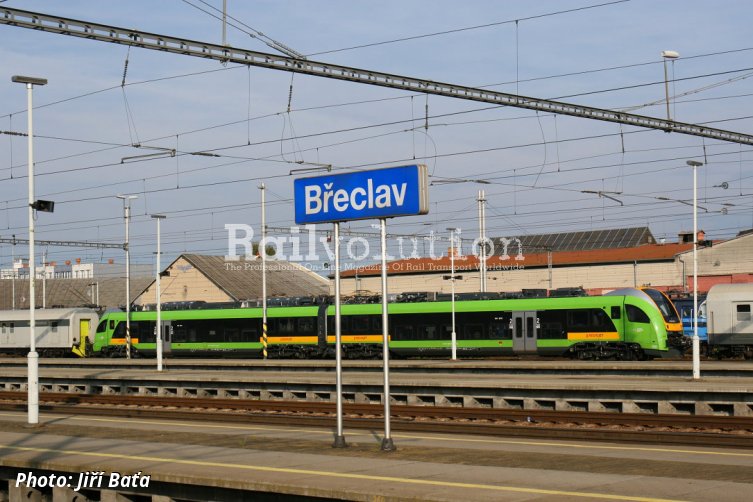 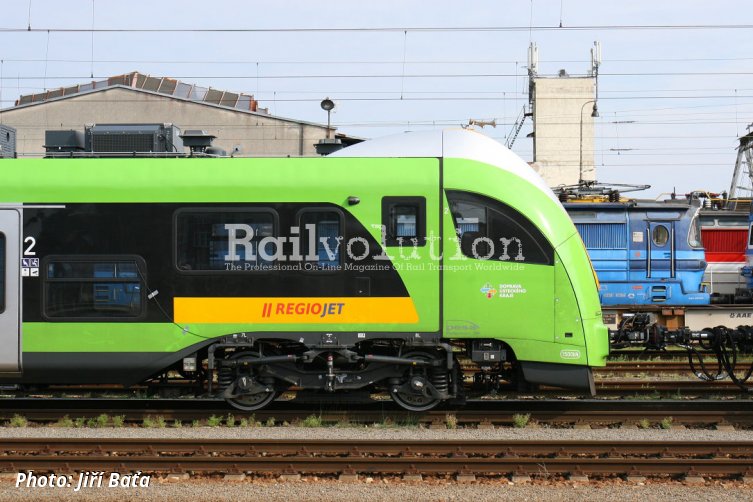 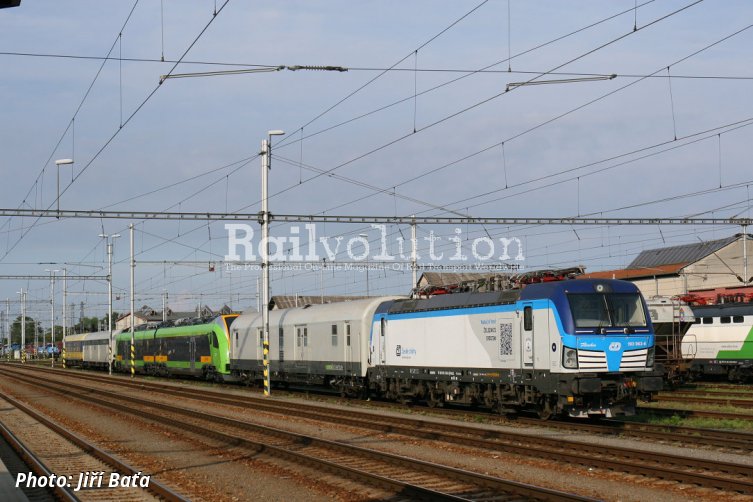 As part of the approval process of the Elf.eu EMUs for RegioJet, further tests with the first set are continuing, this time not only at VUZ but also on the Správa železnic network. These are the standard test runs according to EN 14363, namely verification of running safety, track loading and dynamic properties, which are carried out by the VÚKV testing laboratory.

The first pahse of tests with the idle unit 654.001 at speeds up to 160 or 176 km/h took place from 14 to 25 August. The second part of the tests started on 29 August and continued in the first half of September. The section Podivín - Hrušovany u Brna (on the Brno - Břeclav line) was designated for test runs at the maximum test speed of 176 km/h.

The locomotive 193 963 was used as a traction vehicle, as the well-known Vectron 193 902 with VUZ vinyls destined for this purpose was only able to operate on 3 kV DC voltage since the end of July due to a fault in the AC traction equipment. While waiting for a spare part, it was deployed on 1st corridor (Praha - Ostrava) and until 28 August it hauled IC 513/514 Praha - Opava services. On 9 - 11 August it was at VUZ Velim for tests and fault detection, then from 26 August the locomotive is again able to operate on AC voltage (however, on 1 September it had a fault on the LZB ATP).

After the end of the programme, the Elf will return to Velim test circle, where it will be tested in multiple traction with 654.002 and 003.