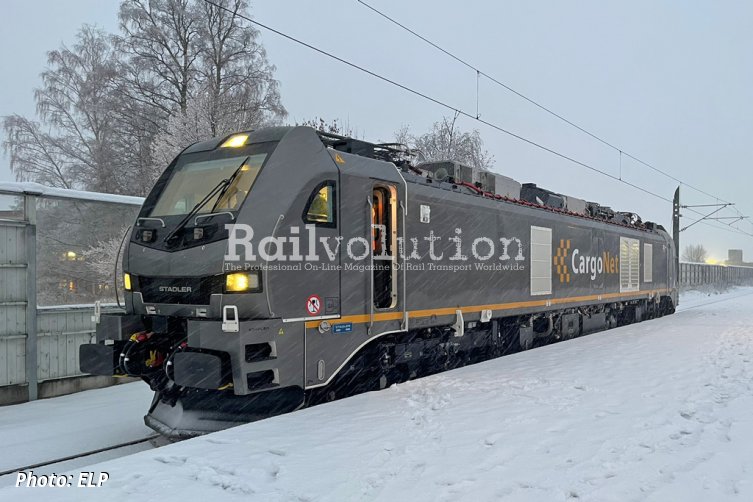 Of these 104, ELP currently has leasing contracts for 85 locomotives, with more than 30 customers in six countries. As of the end of 2022, 48 locomotives have been put into service. The latest deliveries include a pair of locomotives (159 003 and 004), delivered to the Norwegian state operator CargoNet shortly before Christmas. In Norway, two EURODUALs have been operated for two years by the Swedish state operator Green Cargo. However, it has decided to end its operations in that country and, as it has no use for them in Sweden, CargoNet will also take over the machines at the end of January 2023.

Another Norwegian customer for the EURODUALs will soon follow, as Onrail should take over the lease of their two new locomotives from ELP at the end of March 2023.

EURODUALs have so far been approved for operation in Germany, Austria, Sweden and Norway (and in France, the version for 1.5/25 kV voltages is represented by a single locomotive). Approvals are expected to be achieved this year in Slovenia, Croatia and Serbia and possibly also in North Macedonia. The test runs for the Balkans are scheduled to start in the second half of the second quarter of this year. In Slovenia, only diesel operation will be involved, as the catenary there (except for some border stations) is fed by 3 kV DC. Other Balkan countries are to follow later, but approval in Hungary is not planned by ELP (this just for EURO9000 at a later time).

In 2023, a significant step should be achieved with the approval of the EURO9000 type quadruple-voltage locomotive in Germany, Austria, Switzerland, Italy, the Netherlands and Belgium. This step is currently expected in the second half of the second quarter of the year.