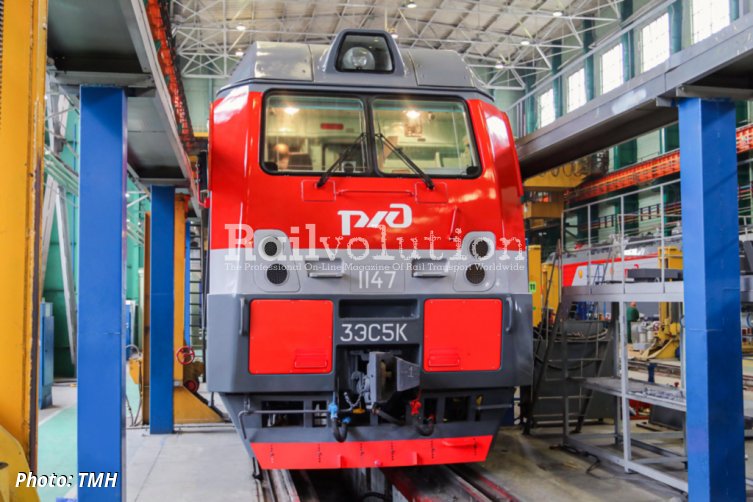 Both systems were produced by TransInTekh of Rostov na Donu. The UATL is envisaged to enable an increase in the locomotive mileage between two sand fillings, and also a locomotive adhesion increase with the effect of complete elimination or reduction of the use of sand. The UATL devices are mounted on the bogie frames of all three locomotive sections, acting on all 24 wheels (12 wheelsets). Moreover, for testing purposes, the locomotive was equipped with new experimental sandbox nozzles instead of the serial ones.

The use of USGL allows to reduce the wheel flange wear, increases the wheelset life cycle and reduces the resistance of the locomotive in sinuous sections of track. The USGL devices are mounted on the bogie frames of the end sections, acting on 16 wheels (8 wheelsets).

Following completion of the 5,000 km test run, 3ES5K-1147 will start supervised operation, working as a banking locomotive on the difficult mountainous Toreya - Turma section of the East Siberian railway.