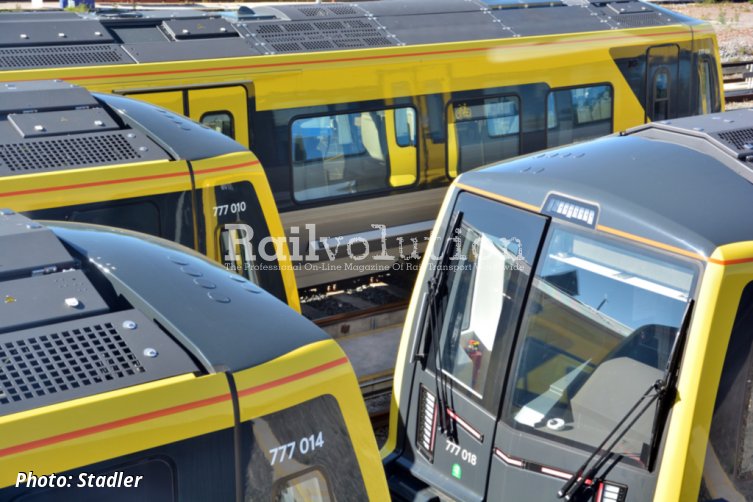 Following an intensive period of testing on the Merseyrail network and the recent authorisation from ORR, the UK rail regulator, the first of 53 Class 777 EMUs has been on 26 August 2021 officially passed on to Merseytravel, on behalf of the Liverpool City Region Combined Authority (LCRCA). This is a landmark achievement in a project that will see the entire legacy fleet replaced by new EMUs.

Over the coming months, Stadler will hand more trains to the client, ahead of introduction into commercial service. Testing involved thousands of driving hours on the Merseyrail network and a test-track (PCW) in Germany. Last month, trials undertaken using 777 with battery technology were successfully completed. This paves the way to the potential expansion of the Merseyrail network, with services reaching as far as Wrexham and Preston.

Hanson & Hall had responsibility for the movement of Class 777s between Kirkdale and Crewe. On 23 November 2021, 777 016 and 018 were moved, topped-and-tailed by two Class 56 locomotives, from Crewe and Kirkdale. Unit 777 010 was the first to be accepted by the LCRCA, which has purchased the new trains for the network. It was put on display to the media and passengers at Birkenhead North station on 7 September 2021.