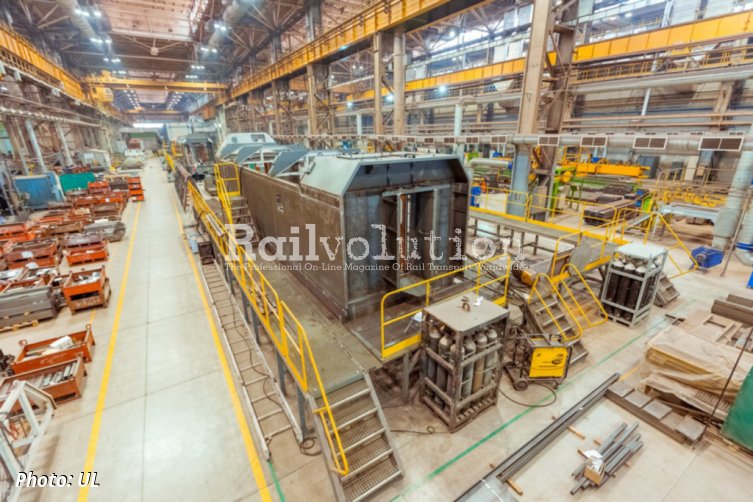 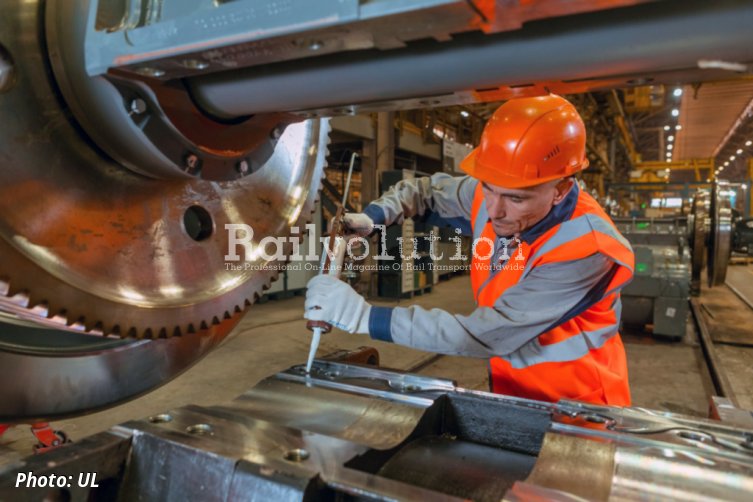 The project of the two-section 3 kV DC freight locomotive with asynchronous traction equipment with the initial working name 2ES6A was recently given an official index ES8 by RZD’s Traction Directorate, and this is the designation with which the new locomotives will be certified and delivered.

UL states that 2ES8-001 is being assembled in strict accordance with the schedule: the prototype, which is to be complete in late 2021, reaches the processing level of 65 %. Both bodyshells have already passed the paint shop and are prepared for the installation of internal equipment.

The first four Type ATD1000 traction motors produced by Tyagovye komponenty (Traction components, part of STM) have been delivered to UL on 14 October. Work on these important components has been underway since early 2021: after the first test assembly of the wheel-motor block, the UL designers and production engineers proposed a number of improvements to the motor design for the optimisation of the locomotive assembly process. Now the first motor was successfully tested on a special factory bench, the others are at the stage of incoming inspection.

Next week, an acceptance committee is planned with RZD, UL and Tyagovye komponenty specialists aiming to determine the volume of the Class 2ES8 introductory batch.