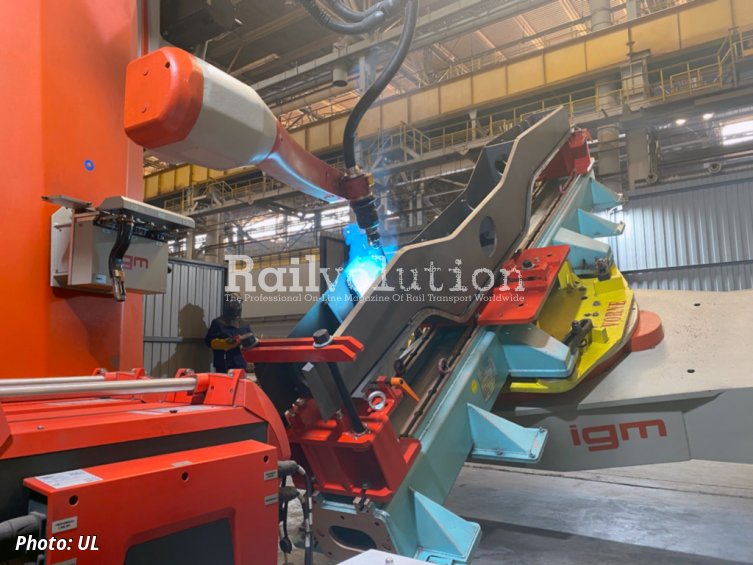 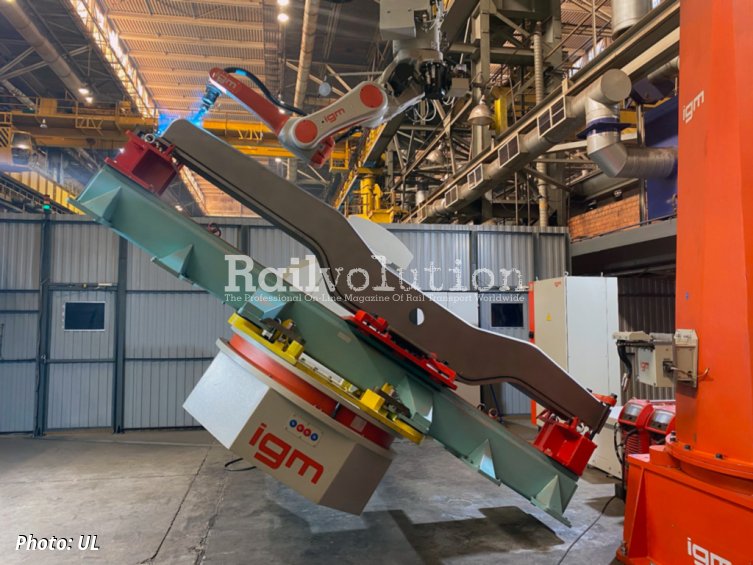 On 25 May 2021, Uralskie lokomotivy announced that it started recently manufacturing a prototype of a new Class 2ES6A locomotive. It will be the two-section 3 kV DC asynchronous freight locomotive with the new traction motors of domestic production. On a new robotic complex the locomotive bogie frames were welded as first pieces in May.

Their geometry differs significantly from that of the existing Class 2ES6, 2ES10 and 2ES7 locomotives on account of a different design of the wheelset-motor block and a change in the method of its fastening in the bogie. For the bogie frames, a special grade of steel is used with increased resistance to atmospheric corrosion and loads during operation, the same as is used in the Lastochka bogies.

Robotic welding, which will be used in the building of bogie frames, does not require additional heat treatment of the finished part to relieve stress in the welds. Once the batch production will start, this will save a lot of time, human resources and energy, and will increase the quality of product.

The 2ES6A-0001 prototype is envisaged to be complete by the end of 2021. UL states that it is on schedule: the locomotive design documentation is nearing completion, the production documentation is being developed and simultaneously the prototype assembly is being carried out. The next stages will be the manufacture of wheelsets and bogies. At the same time, the UL specialists are preparing facilities for the batch production.