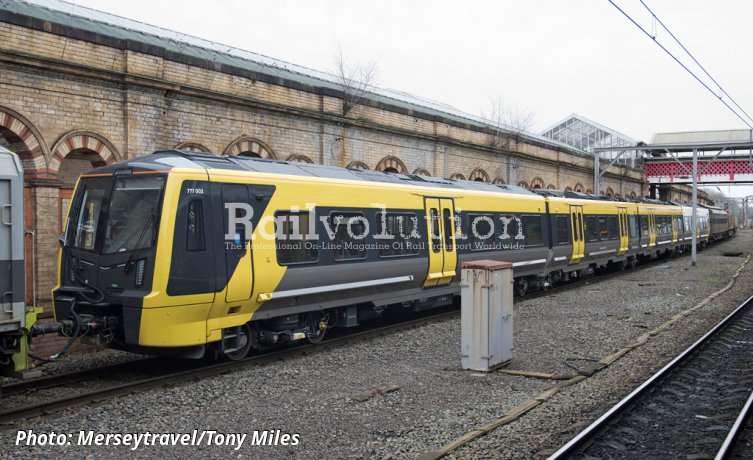 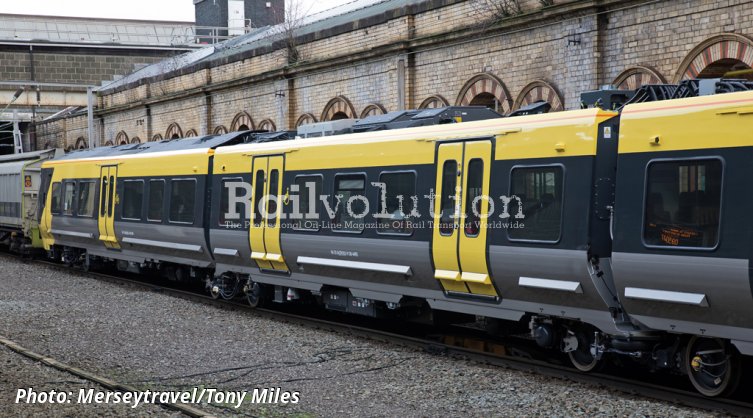 777 003, the third of the batch of new trains for the Merseyrail network, has left the Altenrhein factory in Switzerland and on 15 January 2020 was making its way to the Liverpool City Region. The train arrived at Kirkdale depot that evening and will be out and about on the network for testing in the next few weeks.

The new trains have been bought directly by the Liverpool City Region Combined Authority, which means they are being designed specifically to suit the local network, with features people from the region have said they want to see. The Class 777 EMUs will replace the near 40-year-old fleet that currently runs on the network, one of the oldest in the UK, and include a range of cutting edge features including free wi-fi, space for up to 50 % more passengers and sliding step technology which will allow unassisted access for wheelchair users and those with bikes or buggies.

At present, production activities from Altenrhein are being transferred to St. Margrethen, so that by spring 2020 the latter works will have assumed all the activities of the former establishment. By late summer 2019 St. Margrethen plant had a workforce of just 40, but this will steadily increase to around 1,400 by the time the relocation project has been completed.

The foundation stone for St. Margrethen works was laid in July 2018, and the new establishment is estimated to have cost around 86 million CHF. It is situated in a district known as Altfeld, close to St. Margrethen railway station, in St. Gallen canton, occupies around 49,000 m2 and has its own siding from the national rail network. The roof of the new building has a 22,000 m2 area covered with grass and other vegetation, and a further 6,000 m2 are fitted with photovoltaic panels, these providing some 25 % of all electricity required by the factory.

It was in 2017 that Stadler announced plans of moving manufacturing activities from Alternrhein to St. Margrethen. One reason for the move was to take advantage of the lower production costs and increased efficiency offered by a completely new, purpose-built factory. This was necessary on account of the strength of the Swiss Franc, to ensure that export products could still be priced competitively.