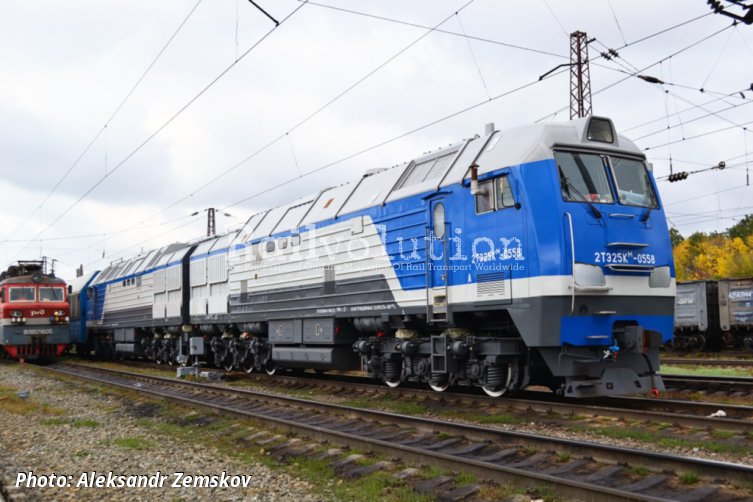 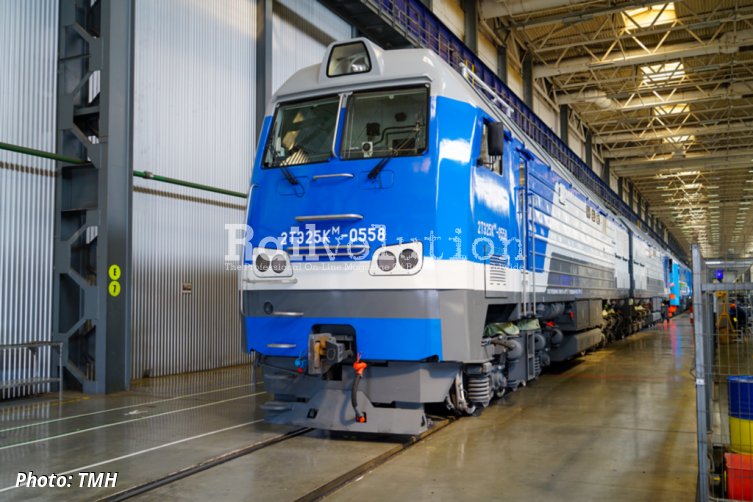 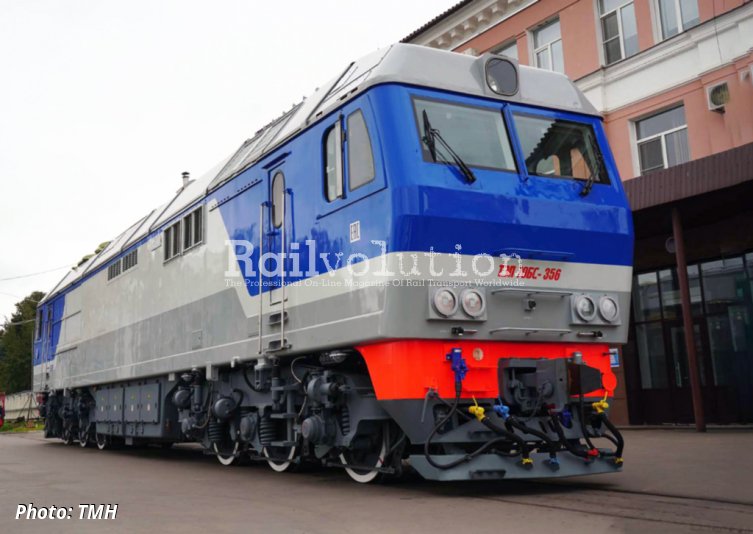 On 29 September 2021, TMH announced that it has sent one Class TEP70BS and one Class 2TE25KM locomotive to Turkmenistan’s state railway operator Demirýollary. The locomotives TEP70BS-356 and 2TE25KM-0558 are underway to the Ashkhabad depot. They were ordered in October and November 2020, and this is the first delivery of freight and passenger diesel locomotives to Turkmenistan since the establishment of TMH.

TEP70BS-356, produced by Kolomensky zavod (KZ), forms part of the latest modification of the Class TEP70BS, which features a two-line power supply, making it compatible with modern coaches, including double-deck cars. The locomotive rated at 2,942 kW with an electric power transmission has a control system that allows running of two locomotives in multiple. Class TEP70BS locomotives are used in Russia, Latvia, Belarus and Uzbekistan.

2TE25KM-0558, produced by BMZ, is a two-section locomotive with an electric power transmission, which can haul trains of up to 6,400 t. The Class 2TE25KM locomotives are widely used in Russia and Mongolia, as well as at industrial sites in Russia, Kazakhstan and Uzbekistan.